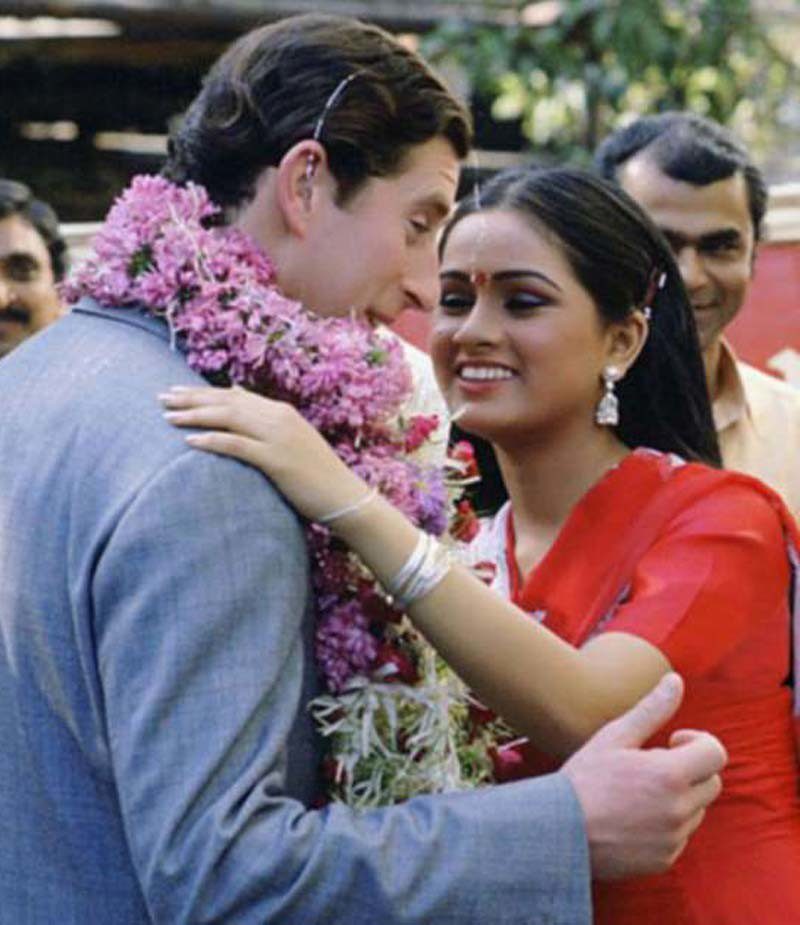 In 1980 when Prince Charles visited India little did we know that  it would  be another  44 years before he  would be the King Of England.

The very talented  Padmini Kolhapure  had the rare  distinction of kissing Prince  Charles when he  visited India.

“I had no idea I  was  pecking the future King Of England. I was very young back  then. I had started as a child actor and before I knew it I was shooting multiple projects  as a leading lady. One of them was  director Esmayeel  Shroff’s Ahista Ahista. I was shooting for  the film at Rajkamal Studios when we  were  told that Prince Charles  was  coming.”

Padmini still recalls that historic day.  “I think he  just wanted to see  a Hindi film shooting. If I remember  correctly , he  also met the  dabbawallas of Mumbai on the same day. When  we heard  Prince Charles was  dropping in  we were in a state  of disbelief. I thought it was  a prank. But he did  arrive.Shashikalaji(the late actress) greeted him in the traditional  way with a thali  and tikka.”

What was  Padmini’s reaction  on seeing  the  future  King Of England ?  “I was too young to realize he was the  future King Of England. To me he was Prince Charles ,the  Queen’s  son. A superstar  in his own right. All the girls had a crush on  him.I rushed  to him like  an excited schoolgirl and greeted him.”

That’s when the historic  kiss happened.

“It wasn’t a  kiss, please,” protests Padmini. “It was just a friendly affectionate  peck.  Little  did I I know it would create  such a  storm. Even now when  the Queen is  no more, God Bless her  soul, you are calling me to ask about it. Thank God there was  no social media  back then. Otherwise I would have been trolled mercilessly after the so-called kiss would have gone viral.”

Not that  the  Prem Rog  actress was  not criticized for  an innocent move. “Oh yes! I  was  reprimanded  for spoiling  bharatiya sabhayata. But I repeat, it wasn’t a  kiss , it was just a harmless innocent peck.”

Now that  the  man Padmini pecked is the King Of England what  does she  have to say? “Der aaye  durust aaye. His mother  has brought great glory to  the throne. I am sure Prince Charles, I mean King Charles  would live  up to the legacy. My best wishes.”