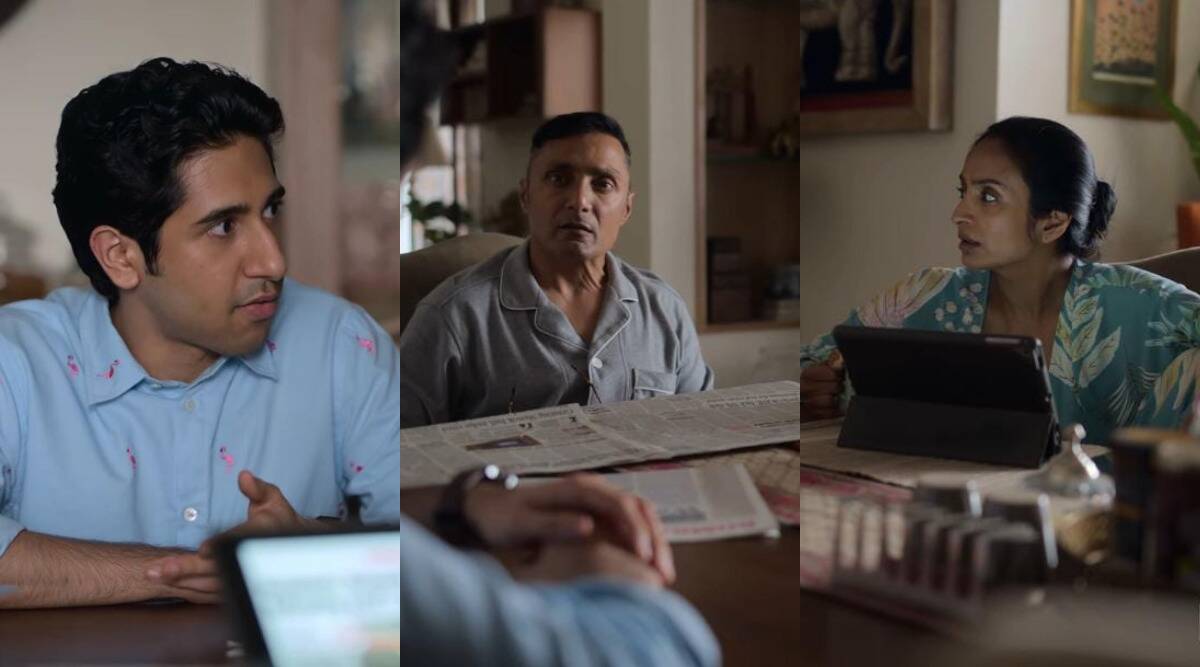 Coming  like he does  out of nowhere Rahul Nair at 29 makes a sparkling impact  as the writer  and director  of  Netflix’s  series  Eternally  Confused & Eager For Love. The  writing is  fresh funny  and  fearless. Where  did that come from? He tells  Subhash  K Jha

The  words in  your serial  Eternally  Confused & Eager  For Love  sound like what  kids speak today. How much of you is  in this?

I wrote  close to home. I relate to the characters.  Some of the  situations in the show are  from my life. But that’s where  the similarity  ends. Unlike my protagonist Ray I don’t talk to a toy.I don’t have a voice in my head.Most of the  major turning  points in the show are fictional. There is no moment that is actually mine.

Was there  a fear that the  English language would  limit the audience?

This is the language I think in. I  wanted to write in a language I was most comfortable with.I grew up speaking English and Hindi. But I went to an English medium school and I went to college in  America. So  it wasn’t as if I made an effort to write in any  particular language. I just wrote in whichever language  came to mind.  We’ve come to a point in time on the  OTT platforms where it is possible to communicate in any language. So yeah,my characters speak  in English. But the show is  also dubbed in Hindi and also subtitled in various languages.I will watch the  Hindi  dub for the  first time soon.English gives my show  a universal reach. I watch  shows in various languages. I hope people in other parts of the world watch my show in any language they want.

Barring a   couple  of characters  they all speak in English?

That’s how it is in my real life. My friends speak to me in English. When I go to work we speak  in English. All the characters  KNOW Hindi but speak in English except the  domestic help  Umesh. He is one of my favourite characters . While everyone is  trying to help the protagonist Ray, Umesh is  just there for  him.

We share a very  unique  relationship with  our househelps. Your  serials captures that.

We  do share a  unique relationship with them. There is a  whole industry  in our country  for househelps.We can  assume  Umesh has seen  my protagonist Ray grow up.

Why  have you called him Ray? Are you a fan of Satyajit  Ray?

Of course.Who isn’t?But that’s not why I  named  him  Ray.  I wanted a name that isn’t culture-specific  . The name Ray doesn’t  tell us where he and his family are from. They could be  from any  part of India. In Mumbai they’ve  become  a part of  Mumbai. A  city   like Mumbai takes away  a part of your roots and  makes you part  of the city.

The  voice in  Ray’s head is incredibly voiced  by Jim Sarbh.

Jim has  given an incredible performance. Not that  I  ever had  an alter ego. But as a  child  being a single  child I  would speak to  imaginary  friends.  But to me Ray in my series is embodying the  voices in his  head. Whether we  talk to ourselves  or not  we  do debate issues. Jim Sarbh personifies  the thought  process.

Jim is the  second hero of  the film?

Oh yes. The series  wouldn’t have worked without him. He wasn’t part  of our  shooting. We had someone  stand in his place.we cast Jim in  the post-production. Before that we had not zeroed  in on the  voice. Azeem  Banatwalla helped  us  a lot, he  gave Vihaan Smaat(who plays  the  gero Ray) the cues  on the sets. Later Jim Sarbh did the  dubbing, with his own improvisations.. He gave the  show  a second layering.

Where   did you find Vihaan?

He was in two Netflix shows earlier  Mismatched and  Bombay Begums. When we  auditioned  him  we didn’t know he had done these things  before. But  he seemed right for the  role.I think finding Ray was  the most crucial part  of making this series. We auditioned  over a hundred actors. Zoya Akhtar who is  a  producer  on the show insisted  that our Ray had to be  endearing because he  was going  to  do many stupid  things.The audience had to be with him.The  minute we saw  Vihaan’s audition we  all felt   he was  it.This  was just before the first lockdown in 2020 March. Vihaan   only  found  out he was playing Ray in September 2020 because all work ceased  in-between.

How  difficult  was  it shooting  through  the  Covid?

In retrospect it  was a  miracle. We shot in December 2020 and we finished in  mid-Feb  2021  a few weeks before the second  lockdown. All of us in the  crew  of about a 100  were wearing a  mask,  getting constantly tested. Nobody tested  positive.We did  all the prep online. What  I missed was sitting down  with the  crew and  interacting physically, ordering lunch together,etc.

How did you get this  big break?

I studied in NYU for four years. I started working as an intern on  various projects when I returned in 2015.  I  joined  as an intern  at Excel. While  assisting on Made In Heaven Ritesh Sidhwani asked me  if I had anything I  wanted  to make. Luckily for me  I had this  script.  I was working  on the script  of  Eternally Confused  & Eager  For Love  for four years. Excel  pitched the  show  to Netflix.And that  was  it.I love working  with Excel.

Are working on  anything else?

I am always writing. Right now  my focus would be on the second season of Eternally Confused….If for some  reason  this  doesn’t work out then I’d  go into my folder where I have scripts  in progress.

Shyam Benegal Ready With His Biopic On Sheikh Mujibur Rahman