Shyam Benegal Ready With His Biopic On Sheikh Mujibur Rahman 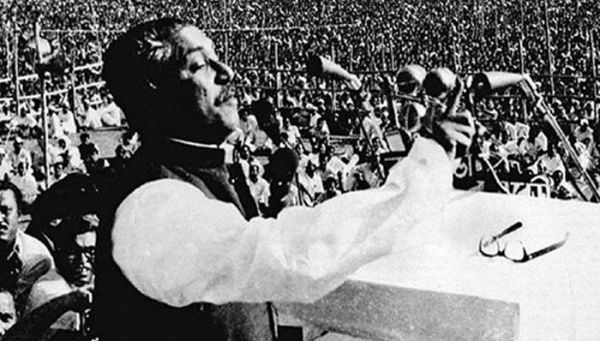 Mujib – The Making of a Nation, a biopic on Sheikh Mujibur Rahman, the father of the nation of Bangladesh  is a co-production agreement between India and Bangladesh.

India and Bangladesh had announced a biopic directed by Shyam Benegal who  earlier helmed a  biopic  on  Netaji Subhas Chandra  Bose,on Sheikh Mujibur Rahman, during the commemoration of the birth centenary of Rahman on March 17, 2020.

Speaking about the film, Shyam Benegal said that it has been a tough task for him to bring Sheikh Mujibur Rahman’s towering life on the screen. “Mujib – The Making of a Nation remains a very emotional film for me; to bring Bangabandhu’s towering life on reel is a tough task; we have portrayed his character in an uncompromising way. Mujib remained a great friend of India.”

Bangladeshi  Actor Arifin Shuvoo, who plays the role of Sheikh Mujibur Rahmansaid: “Fascinated to be playing the role of Mujib. This is a dream come true. I am honoured to be a part of this iconic project, and to be directed by the legend himself, Shyam Benegal Ji. No words to express how big this feature film is for me and for my nation. I felt the warmth and great hospitality during the production of the film in India. Hopeful that I have justified the role and the audiences will connect with me and love the film, the way they love Bangabandhu.”

The film was extensively shot in India and Bangladesh, abiding with all the health guidelines amidst the COVID-19 pandemic. The production of the film concluded in December 2021.