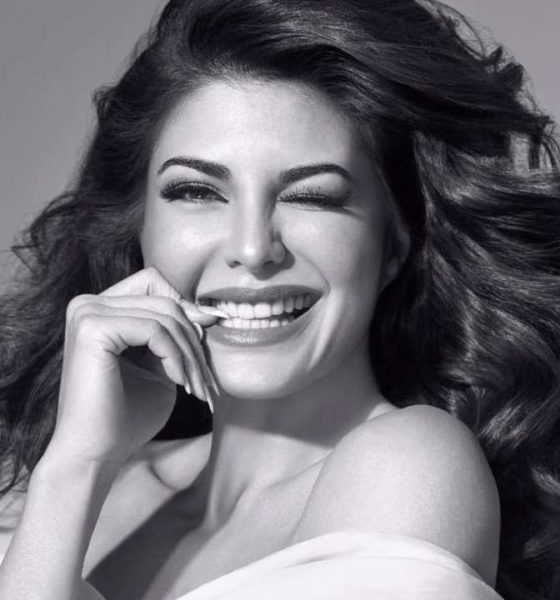 All her close  friends—and they  know  who they are—have only good things  to say about Jacqueline Fernandez. They all say she is a good girl.

“She  never meant any harm to anyone. Sweet  generous  and kind,always there  for her  friends,” says a friend  who quickly requests me  not to  name him

The  defining  element  in this  entertainment  industry is the ‘fear’-weather  friendships.They are  friends  to their friends only as long as  there is no trouble.

And Jacqueline is in trouble.Serious trouble. Befriending a notorious  entity is not a legal crime.Pretending you don’t know him, as Jacqueline  did when  questioned about con-man Sukesh Chandrasekar, is  certainly a  crime. Perhaps  Jacqueline needed a better  advisers  on  her legal team.

A leading  actress  of the  1990s who is  still red-hot  tells  me it is not uncommon for actresses to be showered with gifts from affluent fans. “All of us would receive gifts from  fans. Jewellers’ sons would send me diamond rings  on my birthday.I’ve received clothes, jewellery even cars. It is not possible to return all  the gifts. I would just keep them.And not use them.”

Perhaps  Jacqueline  didn’t know the  rules  of  the fame game. Or if she  knew the rules she  didn’t play by them.For a complete outsider with no connections whatsoever in the film industry, she did  well for herself, dialing all the  right  numbers, just like Katrina  Kaif before  her.But unlike Katrina, Jacqueline’s conduct fell short  of dignity.

In an interview with me some months  ago Jacqueline had said, “I feel blessed to be a part of an industry that a lot of people dream of. Wow, it’s been 10 years but it just feels like I started off yesterday – the journey is so fresh in my mind. I’ll be short on words to describe my journey but I’ll say one thing, that it has been amazing and the journey has taught me so much all along. I feel like I belong here and I wouldn’t want to have it any other way.”

Jacqueline said she  felt welcome in  the  Indian entertainment industry. “The industry has always been very welcoming of newcomers and has  respected people who have proved their worth with sheer talent and hardwork. I have always believed that hard work and talent finds its way even through the darkest tunnel.”

Jacqueline’s advice to  girls like her who came into the  film industry  from the outside was:  “Keep dreaming and believe in your dreams. This is what I would like to convey to every person who dreams of being a part of this industry, that self-belief and hard work will earn you everything. The process may be different for everyone but the outcome will be one to cherish. So guys and girls, have faith and embark on this beautiful journey with complete confidence.”

She should have  followed her own  advice and refrained from over-reaching. There is  a  difference between  dreaming and hallucinating.