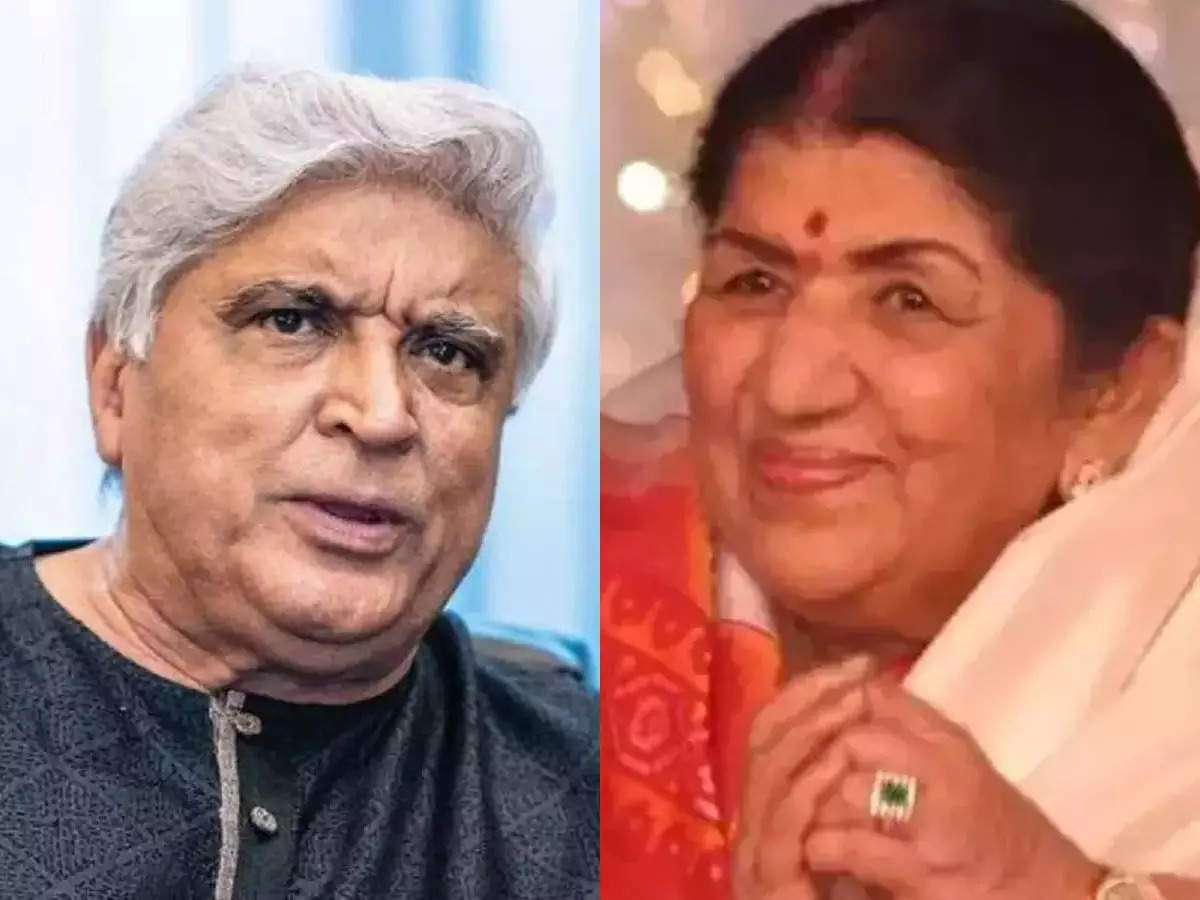 Javed  Saab is   a diehard Lata bhakt.  “Normally artistes strive for perfection. Only Lata Mangeshkar has achieved it. There’re no boundaries to her excellence and reach. You know Hindi film music is so deeply rooted to our life and culture… When I go to foreign countries and to very exclusive gatherings of NRIs who are deeply conscious of their status and position, they invariably lose their inhibitions once everyone starts singing songs. More than cinema, I think Indians all over the world are bonded by film songs. Film music outlives cinema. Today we remember Lataji’s songs. But not the films they belong to.”

Javed  Saab rightly feels that no  evaluation  of  Lataji’s songs can do justice to her  contribution  to  the popular culture of India. “No matter how much we revere Lataji, we cannot even begin to evaluate her contribution to Indian cinema and ethos. Her body of work is beyond awesome. Listen to the nostalgia channel in Wordspace Music. 80 percent of the songs are by Lataji. She has proved perfection is possible in this imperfect world. Sometimes I think people like Lataji, Ghalib, Beethoven and Shakespeare are far removed from the normal chain of human civilization. If they were just role models, how come no one was able to achieve an iota of their perfection? They are a kind of intruders who come as reminders of the rule of mediocrity that prevails. Lataji belongs to a different league.”

Javed Saab  then narrates an interesting  incident that illustrates  Lataji’s  reach and impact. “I’ll tell you an incident that Pandit Jasraj narrated to me when from the 1950s. He was in Amritsar when he met to meet the classical genius Ustad Bade Ghulam Ali Khan who was his God. After Pandit Jasraj got talking, Bade Ghulam Ali Saab suddenly told the young man to keep quiet. He heard the sound of the young Lata Mangeshkar singing ‘Yeh Zindagi Usski Ki Hai’ from the film Anarkali. Bade Ghulam Ali Khan was enraptured. He finally said, ‘Kambhakt, kabhi besuri hoti hi nahin’. That remark had the affection of a father and the envy of an artiste.”

The  poet  has discussed  the magic  of  that  unfathomable  voice   with scholars. “ I remember meeting a music scholar Chaman Bharti in Bhopal. I asked him what he found so special about Lata Mangeshkar. He explained, ‘If you take a strand of hair and put it under a microscope, there would be center to that magnified view of the strand of hair. Sur kitna bhi bareeq ho usska jo exact center hai wahan Lata Mangeshkar gaati hai.”

Javed Saab says,  “Lataji is the most defining emblem of Indian cinema.Normally artistes  strive for perfection. Only Lata Mangeshkar has  achieved it. There’re no boundaries to her  excellence and reach.”

Javed says he is proud that he has carried forward a crusade for musicians’ right that Lata Mangeshkar started in the 1960s. “Lataji was the first musician from the Indian film industry to raise the issue of royalties. If she had been able to secure her rights  whereby musicians get paid each time their song is played in public, she would have been one of the three richest women in the world.”

Some years  ago Javed  Saab  received the Hridaynath Mangeshkar award from the doyenne of the Indian film music world. The function was attended by the who’s-who of the entertainment world, and Javed   Saab  still can’t get over the honour.“I can’t think of any honour higher than this.The contribution of the Mangeshkar family to Indian cinema is beyond limits, and Lataji’s contribution beyond description. There are some very rare artistes like Mozart, about whom praise is redundant. Lataji belongs to that category of artistes. Nobody says ‘Beethoven made good music,’ or ‘Lataji sings well’.She had  laughter for every situation and occasion. She  was  oblivious to her incredible achievements. Just being with her was  the most inspiring experience.”

How Many Languages Has Lataji Sung In?