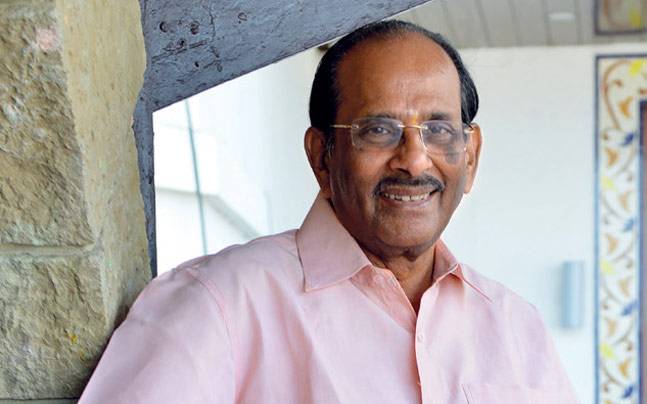 Vijayendra who is also the  writer of  the Salman Khan hit Bajrangi Bhaijaan , has now rescued Karan Johar’s long-in-the-making grossly over-budgeted Brahmastra  .Set to be released  on September  9 the film directed  by Ayan Mukerjee features  the  director’s  buddy Ranbir Kapoor  in  the lead. Brahmastra is being whispered  about as  a huge loss maker  even before release.

Recently Ranbir Kapoor revealed that Vijayendra Prasad was  called in as consultant to  make changes in the  film and that those changes have added a considerably to the film’s intrinsic value.

As always, Vijayendra Prasad downplays his  contribution. “Ranbir Kapoor is being too kind. I have not done  anything much. It is like a meal when cooked and  someone is asked to  taste it.The taster  may suggest that  the food needs some extra salt. I was shown Brahmastra and  asked to give my  opinion. I added some salt to the dish,that’s all.”

However the buzz in Karan Johar’s  circle is that the  climax of  Brahmastra has been altered on Vijayendra Prasad’s  suggestion.

Vijayendra denies making any radical changes  to the film. “I’ve just  tightened some nuts and bolts, that’s all. Please don’t give me excessive credit for some suggestions that I made  to fine-tune the  product.Ayan Mukerjee has made a wonderful film. Kids will love it.”