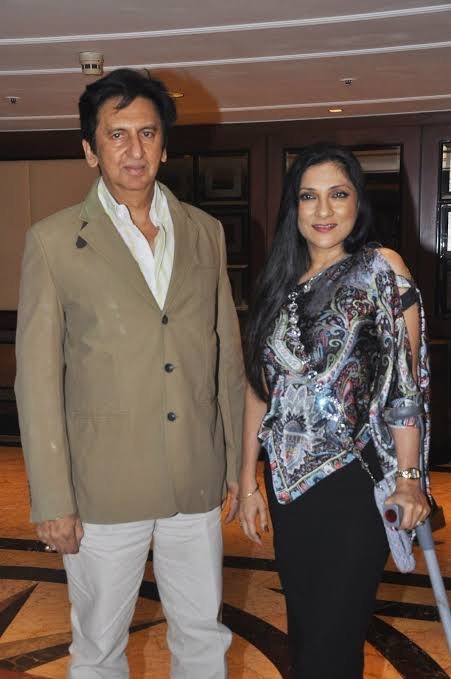 Kailash  Surendanath an iconic name in the ad world has  taken the plunge into  the  OTT platform with  Applause  Entertainment’s weberies  Chakravyuha.

Recalling his  journey  Kailash says “I started making films from the  age  of 18. My Dad  Surendranath  was a singing-star  of  the 1950s.One fine  day   I had  a meeting in Lintas. My career as an ad filmmaker  took off  after  my Liril  film with the legendary  model Karen Lunel.I never  looked back after that.I  kept  doing  all the major brands.And, well, here  I am!”

Getting  married to model Aarti Surendranath  changed  Kailash’s  life.  “I   continued the  rest of  my   journey with her.We did  the national integration films. We did Miley sur mera  tumhara , Raag desh, Spread The  Light  Of Freedom  … We became known for these.”

In-between  Kailash and Aarti  had  a  setback .  Says  Kailash,  “We signed  up with VijayAmritraj to make  a feature film Love  You Hamesha  which never took  off. We had A  R  Rahman, Akshaye Khanna  and Sonali Bendre on board. Unfortunately  Vijay didn’t have  a proper  producer  in  the South. The film  was stalled . There was some cheating involved. That was sad, but nonetheless all a part  of  the learning experience , as you go through life. But it disheartened  me. I didn’t  want to get into the  longstory format  at that  period of time .”

Then  came the  digital  wave  and  Kailash  was  keen. “The entertainment  industry was  far less organized  back then. Now  it’s different. I’d say getting into OTT with Chakravyuha is  one more decisive moment in our career.It is a change.And one more vertical added .I’ve started a new  company for the  OTT content.Our  first product is Chakravyuha  which is done for Applause Entertainment.”
Kailash  didn’t think  he  would make  the jump.  “I never considered  going into  television  production. But when OTT  came  our way we knew we wanted to do this. But we  didn’t really know anyone at Netflix, Amazon, etc.At this  point Sameer Nair galvanized Applause Entertainment into OTT  production. This was our cue to enter  the  OTT field  .Sameer has been a good friend for years and  his enterprising spirit has  followed  him wherever he  has gone .We  kept discussing the  various  projects. He has amazing experience and so many feathers in his cap. He seemed the ideal  person to work with.”

At this point  Kailash made Sameer Nair an  offer. “We pitched  these Inspector Virkar books  by Piyush Jha to Sameer . Sameer  took  an instant decision. Everything fell into place  immediately thanks to his wonderful team. Now there is no looking back.We want to do more  content for  the OTT space,  and  better  and better.Chakravyuha under Sameer’s guidance  was a learning  experience.  Of course we know how  to make films. But with Sameer  we  learnt  the specifics  of the OTT game.Cinema won’t go  away anywhere.Streaming and  going to the  movies will co-exist .We will  aim to make quality  content on the digital space.”

Kailash’s  better-half Aarti Surendranath says, “It’s  true that Kailash and  I   work together  . But we are   very  strong individuals  and have learnt to respect one  another’s space and talent. Kailash’s  achievements  are  all self-made. His Mile sur  mera tumhara has become the second national anthem  of the country.People think  we are on the same  page  all the time. That’s just not true. We  like to meet half-way in our perspectives.It’s  a challenging partnership , not as easy as it may seem  to the  outside world.”

Aarti  is all for  the  OTT  space. “We were hesitant to get into television. Feature films  also didn’t  work  out. The  OTT came into our  lives at  the  right time.We had no idea  of its business angles. Because  of Sameer Nair we pushed ourselves into this platform. We  had other friends  we could have gone to. But we were very comfortable putting ourselves  into Sameer’s hands. He was there for  us as we  took the plunge.”

Aarti sees the OTT  as  the  future.  “The OTT platform is where  the future is.Of course we are  cinema  loyalists. And movie theatres will always  be  there. But the  OTT  platform has opened up  new opportunities and avenues .  It’s  tough competition. Movie theatres and OTT   platform will flourish  independently. Yes, there is a censorship  issue. But come  what may,the digital platform is here  to stay.The social and digital media make you answerable to the public like no other previous  platforms.However the star system  will rule  all entertainment  platforms  because the public listens to them.”