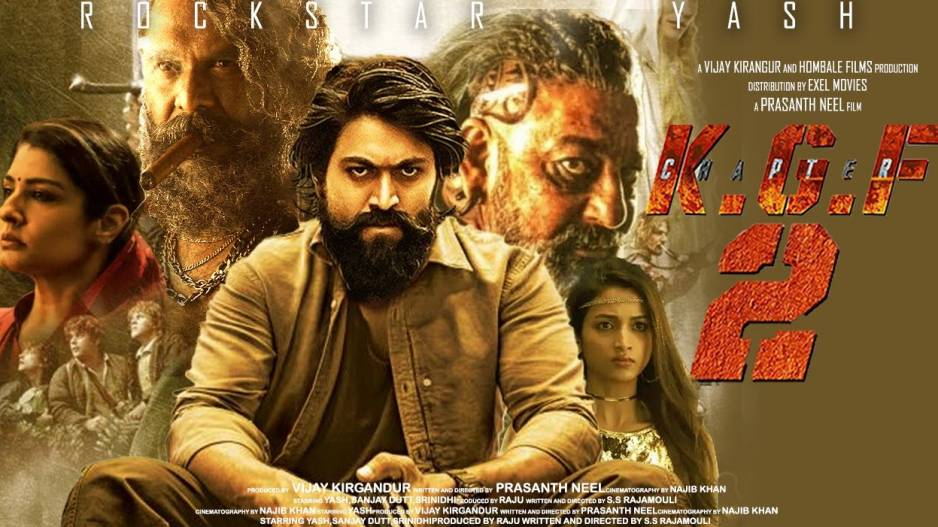 “Can you  lower the volume? My head is splitting,” drawls Sanjay Dutt,playing a villainous  Viking(yes, a Viking  in   the goldmines  of  Kolar).

That’s  how I felt  after almost three hours of ceaseless verbal and  visual attack. I don’t  know how I survived this ordeal. Perhaps Rocky, the Godlike hero who  walks across the  screen with  a gun girl and  grin, and   who looks out  for the persecuted and   tortured victims of the universe, was looking out for me   also.

But enough. Let’s not beat  around the  bush. KGF and its sequel are  atrocious  films.I don’t know  which of the two  is worse. KGF  Chapter 2 is definitely  louder and more  aggressive, dangerously so. Neither  of the two  chapters has any  merit whatsoever as works  of cinema. They rely entirely on the verbal and visual impact to get the adrenaline  rushing.

Young audiences react  with hormonal excitement  as the  screen  erupts in  an outrageous  display of  arrogant spectacle.It is like  being served an aphrodisiac with  everyone on and off the screen chanting—in not  to many words—‘Rocky mera naam, Rocky mera naam’. Just  like Sanjay Dutt in Rocky decades  ago. Alas  today he is no more Rocky, but cocky nonetheless as Adheera the Viking in Kolar.

Don’t laugh. If we can have  a Superman  in Kerala  why  not a Viking in Karnataka?

Director  Prashanth Neel pays  no  heed to  the basic rules of coherent storytelling. When  did he ever display any inclination to seal the borders  of the  constantly distending  plot? The   characters  run  all over  the place barely  able to register as  anything more than representational puppets.Dutt and Raveena Tandon(she  being the most aesthetic component  of a film where  the men look unbathed  for months) are in out of the script . They deserve  better. So do the audience.

One  of the villains who  I gathered   was an undesirable  from the smirk  on his face asks Rockybhai to send his  girlfriend to him.Much later when the  unidentifiable  villain(they all look the same  after a  point)  begs for his life, Rocky says, “I’d have spared your life but you insulted my Rani…so bang!”

This is the  same Rockybhai who had earlier referred  to his Rani as “entertainment”. Just saying.

Here  I must pause to mention  that the above exchange is  among the handful of dialogues  that I  could hear . Most of the sound-mixing is  so uneven that  the  background score completely overpowers  the dialogues.

Not that anyone is  listening. This is  strictly  a spiritual experience  between Rocky and his fans. He  kills. His fans cheer. The others, like us the  infidels,  can  go  fuck themselves.