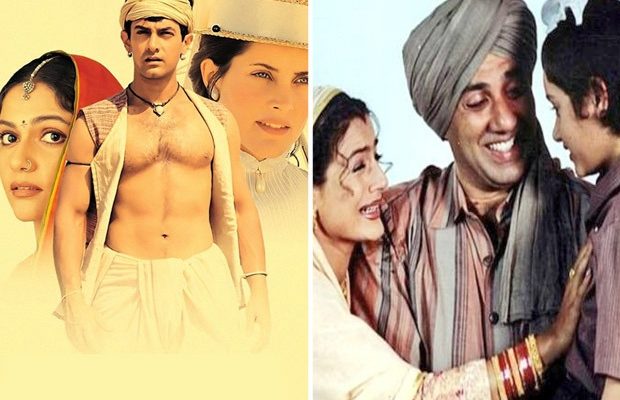 Who says  there is  no room for two blockbusters  on  the same  day?

Why not? If both the films are worthy they will both be blockbusters. Manoj Kumar’s Roti Kapda Aur Makaan and Manmohan Desai’s Roti were released on same Friday. They were both blockbusters. Much later Indra Kumar’s Dil and Raj Kumar Santoshi’s Ghayal were hits on the same Friday.So it’s all to do with the product. If the audience likes two films it will ensure success for both.

But nothing like Lagaan and Gadar  Ek Prem Katha  which  are among the  biggest successes in the history  of Indian cinema.

Anil Sharma  claims his  film was  a bigger success.  “My film Gadar had made Rs. 200 crores  years ago when the concept of the 100-crore club was unknown.”

It was nominated for an Oscar. The impact of colonialism, cricket and Aamir Khan (in that order) was lethal.

Says Ashutosh Gowarikar, “Lagaan is about the triumph of the human spirit. So, it had to be about a team sport. Once I thought of cricket, I also thought about the little mind games that the British indulged in with the locals, and what would happen if the locals picked up the gauntlet. I expected people to like Lagaan. But not to this extent.”

In an  interview in 2002 Amitabh  Bachchan  had said to  me, “Indians would like nothing better than to see Lagaan win an Oscar. But even if it doesn’t win the trophy, for me, the nomination is as good as victory. It is a film that you instinctively take to because it is one of the most brilliant films ever made. a perfect piece of work, flawless in every respect. If Lagaan has reached such heights today, it is because of the singular efforts of one man Aamir Khan. But its international success is a tragic reflection on the fragmented status of our film industry. A single individual had to produce, act, distribute, promote and sell his product all the way from Mumbai to Los Angeles. In fact, he had to almost establish a second home in LA to sell Lagaan. Aamir’s film proves we have the potential to make a mark in the international arena. But the film industry needs a forum or group of like-minded people to take over a product and sell it as their own. We have to understand we are one industry. Aamir had the guts and will-power to do it alone. He has shown us the way, like Satyajit Ray before him. Ray too had the guts and hindsight to take his films to international festivals. Not many were willing to sit through Ray’s  films, and in the beginning, there were hardly two people in the theatres. It is  only after they saw, went back and talked about the films, that others followed and Ray became a legendary figure. Aamir went through a similar experience in the US. He called the usher at the theatre, passers-by near his hotel and anyone who was willing, to come and see Lagaan.”