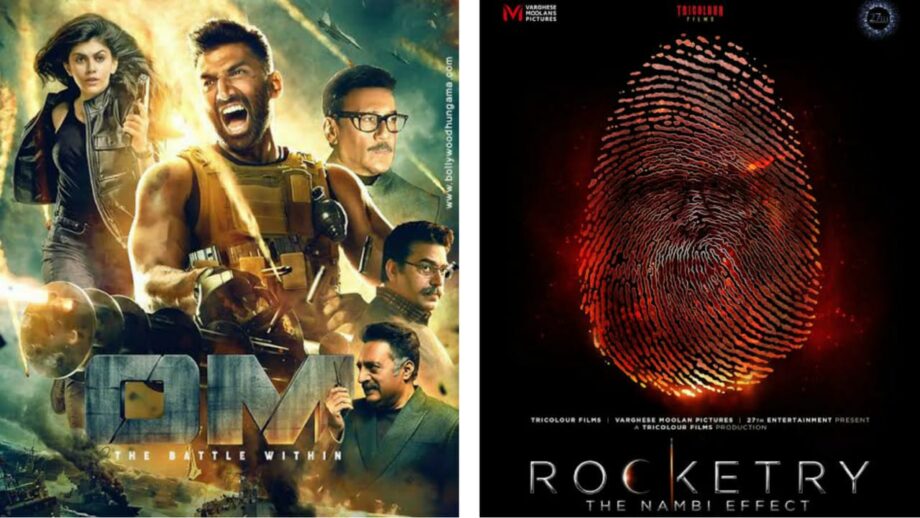 Producer  Ahmed Khan’s Om: The Battle Within and  Madhavan’s Rocketry share a strange  kinship.  Not  only are they both  releasing on  July 1 they  both have an uncanny thematic similarity. In  both a  NASA scientist  is wrongly accused  of  espionage  and anti-national activities .

The disgraced scientist  in Om: The Battle Within is  played by Jackie Shroff.In Rocketry Madhavan portrays the real-life  character Nambi Narayanan, a former scientist and aerospace engineer of the Indian Space Research Organisation who was accused of espionage.

Madhavan says  he  was ready to wait it  out for as  long as it took. “There  was no way we were going to release  our film on the OTT  platform.Pandemic  or no. Of course I’ve the highest regard for  the  digital space. In 2020  my  film Maara was released  on Amazon Prime  Video and it  reached  out to amazing numbers. However  the  big screen is   the  big screen.It cannot be substituted  by the OTT platform.”

Madhavan has designed  Rocketry  as a  big-screen experience.  “It’s a story that I’ve nurtured for ten years. I am pleased to say the film has turned  out almost exactly as  I had envisaged  it.”

Producer  Ahmed Khan too agrees his film Om: The Battle Within is  a big-screen experience. “We couldn’t  see the  action sequences as a home-viewing experience. Some experiences are meant only for  the big screen.Although I’ve not directed Om, the very talented Kapil Verma has,Om is as dear to me  as  any of my own directorials,” says Ahmed.

Will Netflix’s Archies Be The Biggest Thing To Happen On The  OTT In India?