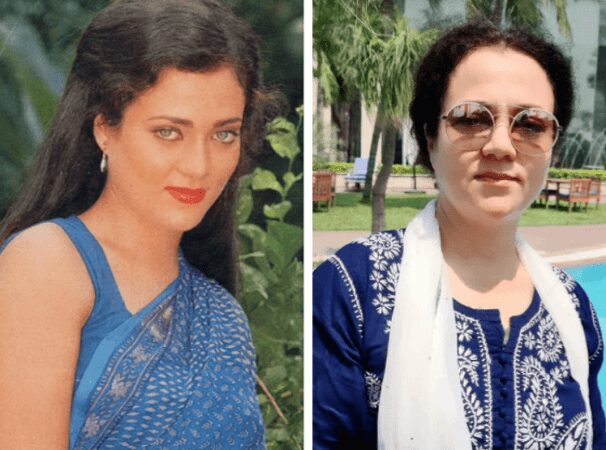 Sadly  underneath all that overt oomph no one noticed the sensitive  actress that she  was. After such  a spectacular  beginning Mandakini signed a host of  inconsequential roles in  tawdry  multi-starrers and by the end  of mid-1990s, it was  curtains for Mandakini.

To hear of her “comeback” all of a sudden earlier this week, seemed  a  bit  odd. However contrary to the hype this is not a comeback  at all for the former actress.

“Mandakini’s son Rabbil has  directed  a music  video  for a song entitled Oh maa for which he  requested his mother to come  out of  her  shell. She agreed  only  for her son, and that too after much persuasion. Otherwise  she has no interest in  the  Indian entertainment  industry at all,” says a source.

The  inglorious  end to Mandakini’s career   after  such a spectacular beginning was truly tragic. Raj Kapoor was saddened  by the arbitrary  offers that  his discovery  accepted after Ram Teri Ganga Maili. He  had expressed  his serious misgivings about his  protegee’s  choices. Apparently Mandakini  approached Raj Saab for  Henna. He politely refused.

Related Topics:MandakiniMandakini news
Up Next