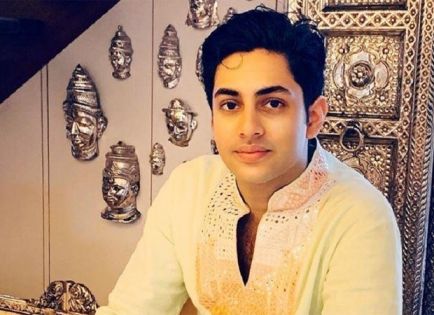 Having been  signed  on by Zoya Akhtar to  play the male  lead in her indigenous adaptation   of the Archie  comics universe opposite  Khushi Kapoor and Suhana  Kapoor, Agastya  Nanda, son of Amitabh and  Jaya Bachchan’s daughter Shweta, is being fully tutored  into  the art of facing  the camera.

Says a  source close to the  Bachchan family,  “Neither  of Agastya ‘s parents  are  actors. So he  is leaning on his grandparents  and his   Maamu(Uncle) Abhishek Bachchan  for guidance.  Agastya  has  always been  a big fan  of  his grandfather  and of  the Archie  comics. So he has the advantage  of being  a part of the  cinematic universe that  he will soon occupy officially,  even before facing the camera.”

One hears Agastya is  already getting several offers  from the  biggest banners.But he  wants to wait  until Zoya’s film cystalizes before thinking of  another project.