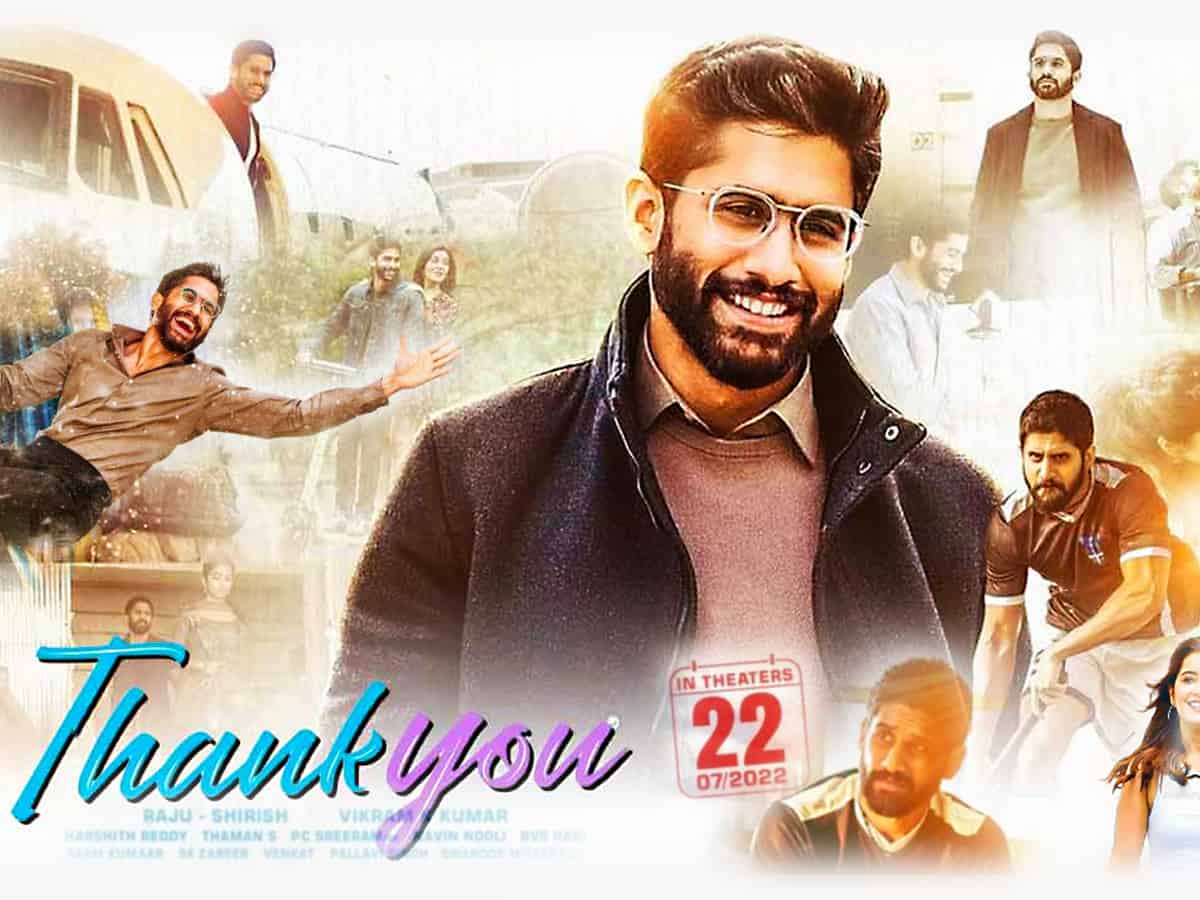 Telugu cinema is  not particularly famous for lowkey performances. Naga Chaitanya in Thank You refuses  to go over the  top even when the the temptation to do so  is considerable.

Consider this. Abhiram  has  made it big in the US. But he has lost his humanity. For him there is no place in the heart for  love commitment or  loyalty.Interestingly Nagaya Chaitanya had played  a  full-fledged  family man in the same director Vikram  Kumar’s  Manam in 2014. This time  Chaitanya is on his own as he journeys back in time  to his roots in Andhra Pradesh.

Designed as  showcase  for  Naga Chaitanya,  Thank You has the young actor delivering some thoughtful moments in  a  script that  constantly underplays the drama in the  content. Chaitanya has  three leading ladies to deal with . My favourite among   the three ladies  is  Malavika  Nair who  is part of  Naga Chaitanya’s first  flashback into his  first love.

Nair is  a natural. She responds  naturally to the stimuli of first love. But the segment ends  abruptly. The  other flashback in  Vizag traces  Abhiram’s  clashes with a fellow student  played  with a  brash likeability  by Sai Sushant Reddy. This section of the storytelling needed  better editing. It tends to meander  off course  , and  Avika Gore’s  presence in this  section adds nothing to the drama.

Also Read:  Priyanka Chopra On Being A Part Of  Citadel

What  works well is the theme  of  kinship with the past and  how it shapes  one’s  present and future.  Naga Chaitanya  conveys  a  lot of his character’s failures  to show  that success is relative. You can’t  detach yourself from your past in pursuit of your  future .

Thank You may not be  the  film that Naga Chaitanya would be best  remembered  by.But it’s certainly less  unmemorable than Ranbir Kapoor’s release  this week Shamshera.

The Bhupinder Songs That You Don’t Know, But Should