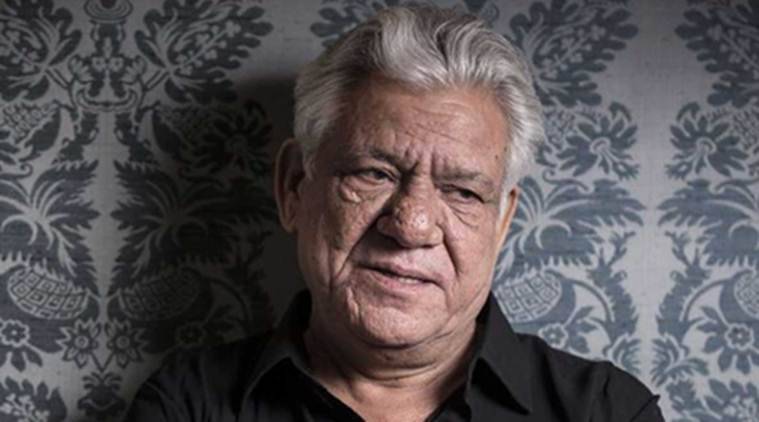 Om Puri Who Would’ve Been 71  On October 18,In Conversation With Subhash K Jha On His Favourite  Birthday & Farmers’ Right

Tell me about your funniest birthday ever?

Om Puri : Many years ago  ago when Hrishikesh Mukherjee, Shabana Azmi, K. Vishwanath, Gulzar and I were in Mauritius. On 19 October Shabana yelled, “I don’t believe it! Yesterday was your birthday.”   I had completely forgotten. Now I’m never allowed to forget my birthday. The bouquets make sure  of that.

You’re in so many international films?

Om Puri: I’ve never been desperate for opportunities. I’ve always believed in a certain rhythm of life. I don’t want to do two shifts, and I won’t.  To me a 100 Foot Journey  is as exciting as a documentary I’ve done in Bangalore against corruption for Hindustan Aeronautics  Limited. I like Bangalore and I liked the concept . So I flew down.

When do we get to see you again in that one film that revolves around you?

Om Puri: There’re very few films like that here. My success abroad is akin to the situation I faced  here after Akrosh wherein I was only recognized by the intelligentsia and directors like Shyam Benegal, Mrinal Sen and Satyajit Ray responded to my performance.Ardh Satya was my breakthrough in the commercial circuit locally. Now I need one film like Ardh Satya  internationally. But let tell you the recognition I get from the common people on the streets abroad is amazing.

So are you a bigger star abroad than at home?

Om Puri: No. Because I’m recognized in even the smallest town of India. Here I’m a star without the glamour and the glitter. I walk into any town and I’m decently mobbed. Some years ago I was embarrassed to be called a star. But not any longer

Why have you decided to cut down on  your work-load?

Om Puri: Enough  is  enough. I’ve slogged for  thirty years. I’ve accumulated a decent bank  balance(though  it may  not  be decent by Bollywood  standards). I’ve  done roles for fun and for job satisfaction. Now I need to take it easy.  I keep turning   down offers. I need a break.

Why have you done so many bad films in Hindi?

Om Puri: I’ve a  son. He needs careful nurturing.   I can’t  just sit back and relax. My colleague  Naseer(Naseeruddin Shah)’s  children  a grown up.  His   responsibilities are  over. And   besides  he  has  earned a   lot  more than me.  I’ve been paid peanuts  for my efforts. I was paid a mere 7 lakh rupees  for  playing one  of  the central characters  and working four months  non-stop  in  Raj Kumar Santoshi’s China Gate.  I’m sure Naseer  must’ve got   five  times more money  for  the same  film. Surely big filmmakers  like  Santoshi Saab should  be  more cautious  of my worth. But I’ve  no complaints. I just want to take  the next two months off.  I may return  to  theatre, or  do a  small but meaningful film that gives me  satisfaction as an  actor.

You recently did  a film Project Marathwada about the plight of farmers.What is  your take on farmers’ rights?

Om Puri: We do not realize how much the farmer contributes to our lives.When I was a child our country had to import food grains from the West. Today we are self-sufficient in food grains, all thanks our farmers.And yet we allow them and their families to starve. Shame! The soldiers and the farmers toil endlessly so that we can exist peacefully. Lal Bahadur Shastri realized this through his slogan Jai Jawaan Jai Kissan.To address the issue of farmers we need to address the problem of droughts. To make sure a river doesn’t dry up we need to find a way to connect all the rivers. I know that’s a distant dream right now. But it is the only way to ensure farmers don’t reach that breaking point when they need to end their lives.They need to have access to the water from all our rivers.