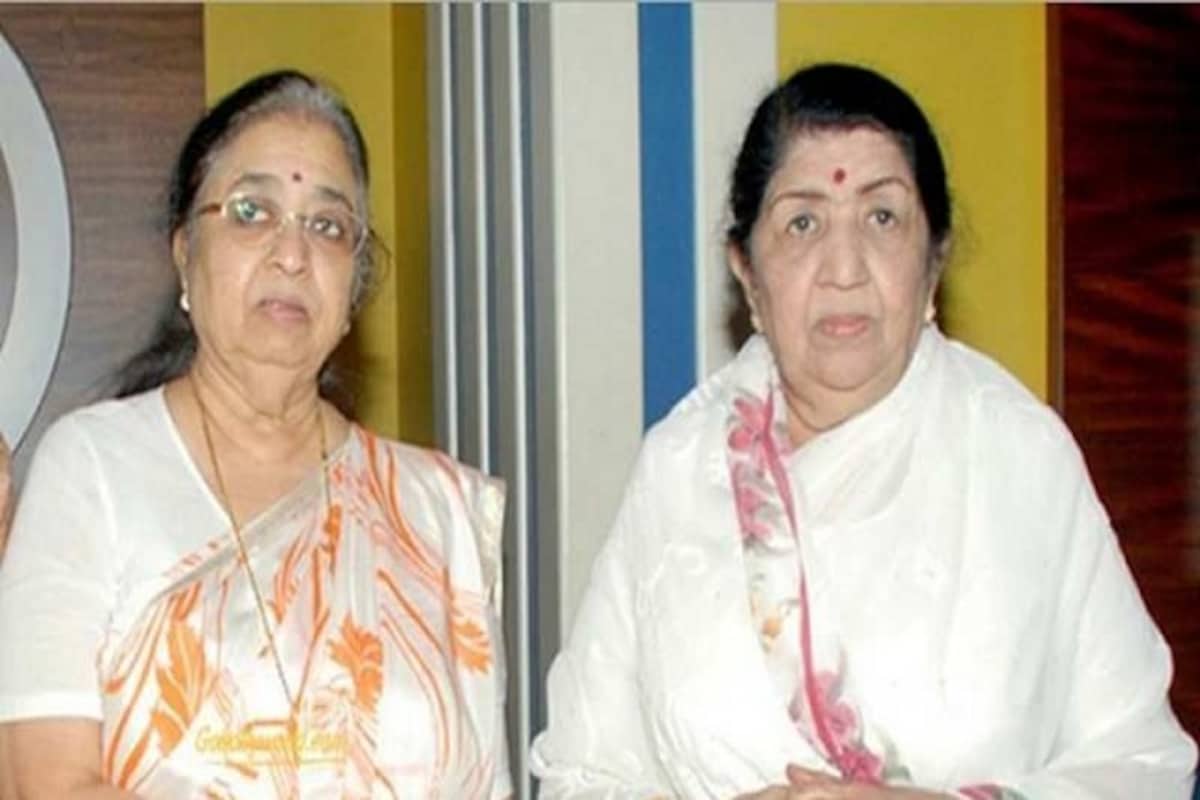 As the youngest Mangeshkar scion, Usha Mangeshkar was  the closest  to her legendary sister  Lata Mangeshkar.

Three months after Lataji’s  going , Usha has yet to process the enormity  of  the loss. “I have convinced  myself she  is  still with us  , although I can’t see her anymore. After her passing  forth  into the other world our  home Prabhu Kunj  has  gone  eerily quiet. While she was there,  people were in and  out  of  our  home constantly.Besides there were  several  nurses and house-helps  to  look after her. Now it’s just me in the house.”

How is  Usha dealing with the bereavement?  “I am not dealing with it. I still feel as if Didi is  in her room. I don’t go there. I call on her phone, and we have refused to put a garland on her picture. Didi is  still with us. And I am not talking as an ardent fan of her  voice, which I am. For me  it is a loss that no one  can understand. I was  the youngest sibling. She was  more of a mother to me than a  sister.”

Lataji’s pet dog was missing her  constantly. “Everything in the house reminded the dog of Didi. So we’ve shifted her  to my brother Hridaynath home in Pune.”

Usha is now trying to  divert her mind from the irreparable loss by focusing on  her painting,a passion next to singing.

“All of us Mangeshkars like to paint. Lata Didi  was  also a very devoted  painter. But I had the time to pursue  it more than she. It was her  ardent wish  to see my paintings published in a book. Composer-musician Mayuresh Pai who was  very devoted to Didi, has floated  an entertainment production company named  after Didi: Latika Creations.This company is publishing a compilations of paintings, entitled  Strokes Of Harmony., mostly  mine but some of  Didi and other members  of  the Mangeshkar  family too,” informs  Ushaji softly.

Latika Creations will next publish  a  coffee table book  of Lataji’s photography.

Says Usha, “Yeh aapko pataa hai , lekin bahot fans  ko nahin pataa hai(you know this, but a lot of Didi’s fans don’t). Didi  was a  very keen student of photography.In her heydays she carried her camera to every studio clicking pictures of her colleagues. We have   searched for photographs and found the rarest  of  pictures. The book will reveal another side of  Didi.”

Three  months  after Lataji’s going , the tributes keep pouring in.

Usha  Mangeshkar is bowled over by PM Narendra  Modi’s speech on Lataji at the function where he received  the  first Lata Deenanath Mangeshkar award.

“How did the Prime minister know  so  much about Didi?  His research  on her was so  through, and he  spoke straight  from the heart. The  Prime  Minister  was right. Didi is  no ordinary phenomenon. Such a talent comes once  in  centuries.And she was so  down-to-earth, so  homely and  warm to everyone. Just days before she was hospitalized Didi  was cooking for  all of us. Now she is  gone.But I feel  her presence  constantly.”