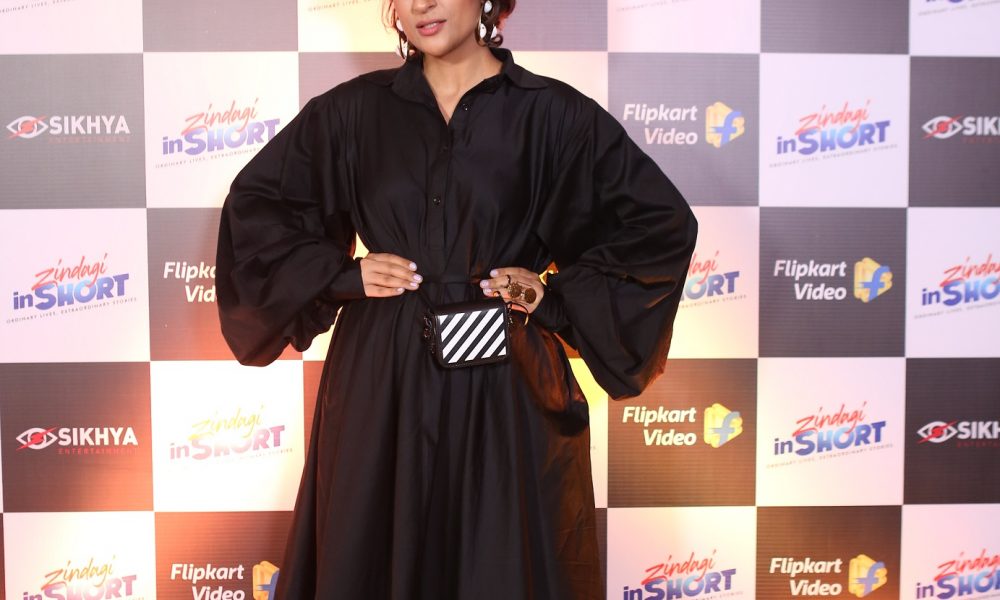 Bollywood Celebrities were present in large number at the premiere of Zindagi inShort presented by Flipkart Video Originals in collaboration with Sikhya Entertainment.

Zindagi inShort is a collection of extraordinary stories of ordinary people. It comprises of seven bitter-sweet ‘slice of life’ short films titled ‘Chhaju Ke Dahi Bhalle’, ‘Nano So Phobia’, ‘Sunny Side Upar’, ‘Swaaha’, ‘Pinni’, ‘Sleeping Partner’ and ‘Thappad’. These films touch upon themes such as standing up for yourself when it’s the hardest to do so, online romance, the innocence of childhood, the confusion of old age, the construct of being loved in a marriage, infidelity and a woman’s role in the family. The narratives cover different stages of life and promise binge-worthy entertainment.

Speaking at the premiere, Prakash Sikaria, Vice-President (Growth and Monetisation) at Flipkart, said, “Great stories deserve to be shared with the world. Guneet has helped us curate seven diverse yet relatable stories, each with a twist of its own. With Zindagi inShort, we have brought together seasoned actors and talented first-time directors, and we are thrilled to provide them a platform to showcase this special anthology. We are excited for our viewers to watch the films and share their response.”

Speaking about her association with Flipkart Video, Guneet Monga said, “In our industry that has no shortfall of content, the opportunities that Flipkart Video provides to creators are unparalleled. With the platform, we had the freedom to execute our vision. People today are looking for relatable elements and entertainment and we are offering just that with ‘Zindagi inShort’. Each film has a powerful narrative premised in ordinary situations. This anthology truly summarises various life occurrences, in short.”

Zindagi inShort is now streaming live and can be viewed only on the Flipkart app, under the video section, for free.