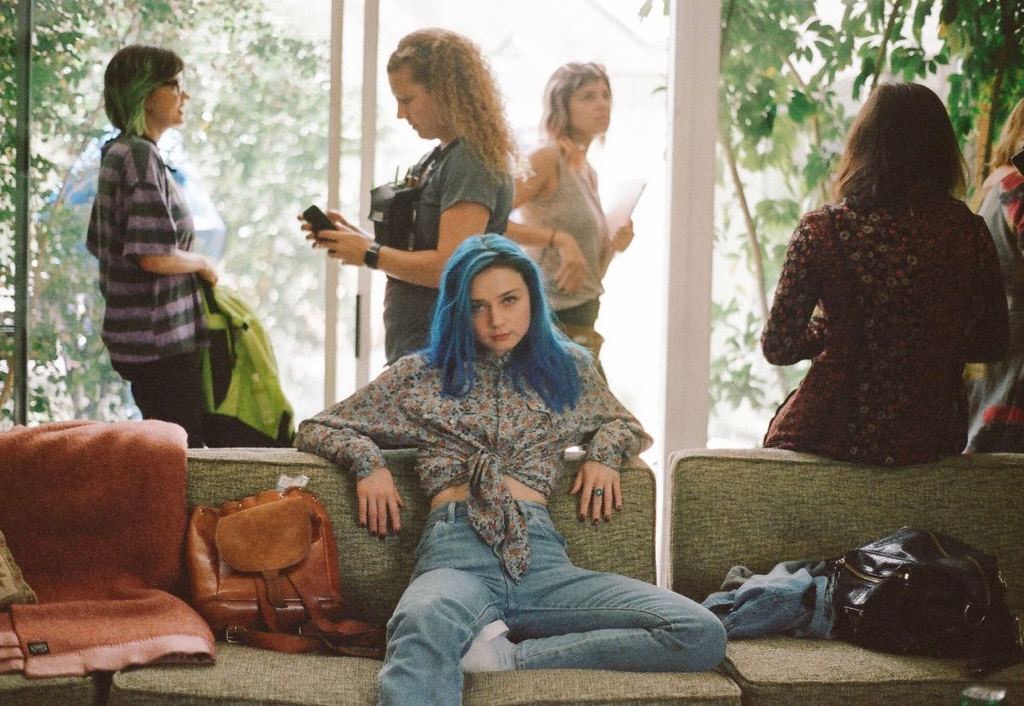 Like life itself,  this is an  imperfect film. Its  20-year old protagonist is fatally fractured  in her mind. Winona,  played by the dazzlingly bright  Jessica Barden, suffers  from  anxiety attacks .They could  , and do, happen anywhere: while  Jessica  is sipping a smoothie or, try this for size, when her parents announce they are moving  into  a downsized  apartment where there is no room for  Winona.

This is  the parents’ way  of  pushing  Winona  into self-dependence. But it  backfires badly. The  panic attack that follows is   like  a psychological Tsunami that threatens  to blow Winona away.

Pink Skies Ahead is  about coping with psychological  stumbling-blocks. Many of  us would recognize some of  the  mind-hurdles faced  by Winona, for instance her  aversion to any kind of change in her  routine.

There is  this  wonderful subplot  about Winona’s doctor who is actually her  pediatrician, played with such  bemused  warmth and  distant  irony by  wonderful Henry  Winkler who lets Winona come for checkups because  she has  nowhere else  to go to vent her  anxieties.

Pink Skies is lit up with wonderful  moments of agony and  ecstasy. It is  beautifully structured to  highlight all  of the  young protagonist’s  failings  and feelings  without making her seem like  a victim. It’s a film that  urges us to be empathetic   to the mentally unwell, without launching into heated  tirades.

Winona is  constantly  looking for trouble. She  finds it in her boyfriend an upperclass semi-nerd named  Ben, played with upperclass nerdiness by  Lewis Pullman who is  clean-cut scrubbed and  shiny,  quite the antithesis to  Winona. There is a beautifully designed  sequence where Winona meets Ben’s traumatized mother over tea and scowls.

Ever since she  discovered that Ben’s father was gay,  his mom had lost her mental balance.Such life-changing revelations are  given a workaday  treatment by a script that  refuses  to get hysterical with its heroine.

Kelly Oxford’s screenplay is like a series of  silent screams. It  secretes smothered cries  of  protest against a social hierarchy  that  boxes those who do not conform.This doesn’t mean the  screenplay  favours Winona’s wild ways. While she is busy having fun,  the  screenplay  tries  to find ways to deal with her impetuous insecurities. Winona  barely escapes her own anxieties. She would rather be trapped in her darkness than lean on artificial  light.

Pink Skies Ahead gains enormously from  its  willing and  able cast.Jessica Barden  a brighter more  enlightened  version of Alia Bhatt, is the  discovery of  2021.

“It’s a big deal that it’s coming home,” Deepa Mehta On The Release  Of Funny Boy In Sri Lanka