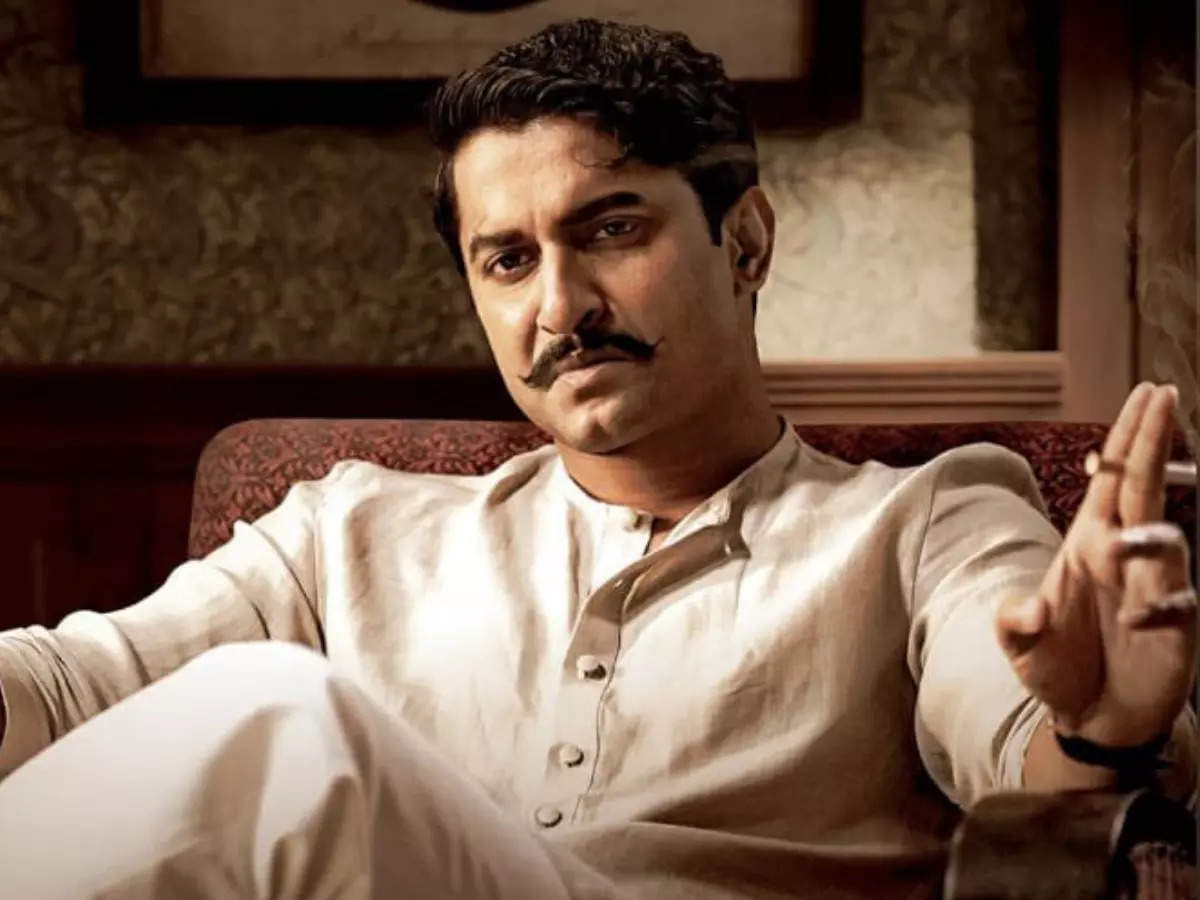 Apart from one  fatal  flaw,no make that two, Shyam  Singha Roy is  as  flawless and passionate  a love epic as I have  witnessed since Sanjay Leela Bhansali’s  Devdas. Please  note  I say, ‘witnessed’ not ‘seen’. This is the film that incites  ornate  poetic  descriptions of simple  human activities  such as eating, sleeping and  courtship…Eveything is done with a captivating oldworld  charm  that’s rare  to find in cinema today.

Cinema today,reminds  me  of  how  lamely the  film starts. When we first meet the  film’s hero  Vasudev he is  a struggling  filmmaker who shamelessly uses  a stranger as  his  short-film’s leading lady, That whole epilogue  with  Keerthy(Krithi Shetty) falling for the  struggling  filmmaker is  an aberration…

But wait. Don’t go away.  If you do,you will miss an epic love story told  in such  a gloriously  florid  and  visually rich language  that you will miss the big-screen  more than ever before.

I did. I  have not felt  so strongly  about cinema-exclusion since the lockdown. Writer-director  Rahul Sankrityan seems to have designed  the  entire  film for  the sake of  posterity: look what  you  missed out on the  big screen when Covid  crept into your  lives! Suffer, all ye locked-down  souls!

This is  a larger-than-life melodrama with the writing so clearly  defined and  packaged , it’s like watching a romance unfold in a familiar yet exciting language. As soon as Shyam Singha Roy moves into another lifetime—yes, this  is  a tale  of  reincarnation and  a convincing one for  a change—a kind of dramatic deliverance and  a storytelling  celerity  kick in. You are hooked,mesmerized  by  the  visual and emotional velocity  of this  unapologetic melodrama.

You  wouldn’t be  able to take your eyes off  the  sparks and flames of  mutual passion between Shyam Singha  Roy and the  lovely Devdasi Maithrayee,played by the  bewitching Sai Pallavi(more on her later) . The  romance unravels in Kolkata (which means  we see a painting of  the Howrah Bridge  in the backdrop almost every frame)  in the early 1970s.

The   visual imaging  of the  Devdasi temple  is stunning, and the sexual exploitation  of  the  young girls , devastating. They remind us of the colour of choler and rebellion in  Bhansali’s cinema, which is  not  to say that Sankrityan copies Bhansali.  There  is  a violence at the heart of this  passionate romance that Bhansali would  never dare venture into.

I wish there was  more time given to  the central romance between the  non-showoffy  social reformist Shyam Singha Roy(obviously inspired  by Rajaram Mohan Roy) and  Maithrayee rechistened Rosie…perhaps after Waheeda Rehman in  Guide?  Sai Pallavi as Maithrayee/Rosie  echoes the  vulnerable yet  strong personality of  Waheeda Rehman. Watching Sai dance  I am sure even Ms Rahman  would smile in approval.

Why is  the  film in such a hurry? Why the  insecurity  of losing the audiences’ interest when the  brilliant writing has  us  by the balls  right to the impassioned end? The  romantic reunion at  the finale is stunning in  its impact.Not  only  because Nani and Sai Pallavi make such a fetching pair,but also because they are shot by the brilliant cinematographer  Sanu John  Varghese  with a poetic flourish.

The performances  of some of the supporting cast is admirable  . But it’s the lead pair that leads the way. Whether  telling his beloved  about Devdasi descendents M S Subbulaxmi and Bala Saraswati or consoling her after  he  gets to know she  can’t have children, Nani is  every  inch the  social reformist who does what he  does  not to impress others but because his heart tells  him to.

But it’s Sai Pallavi who steals the show. Dancing like a dream and emoting with a  breeziness  that  again shows her to be a natural-born actor  Sai’s Maithrayee evokes deep sighs in us.