Rekha Is An Alia Bhatt Fan 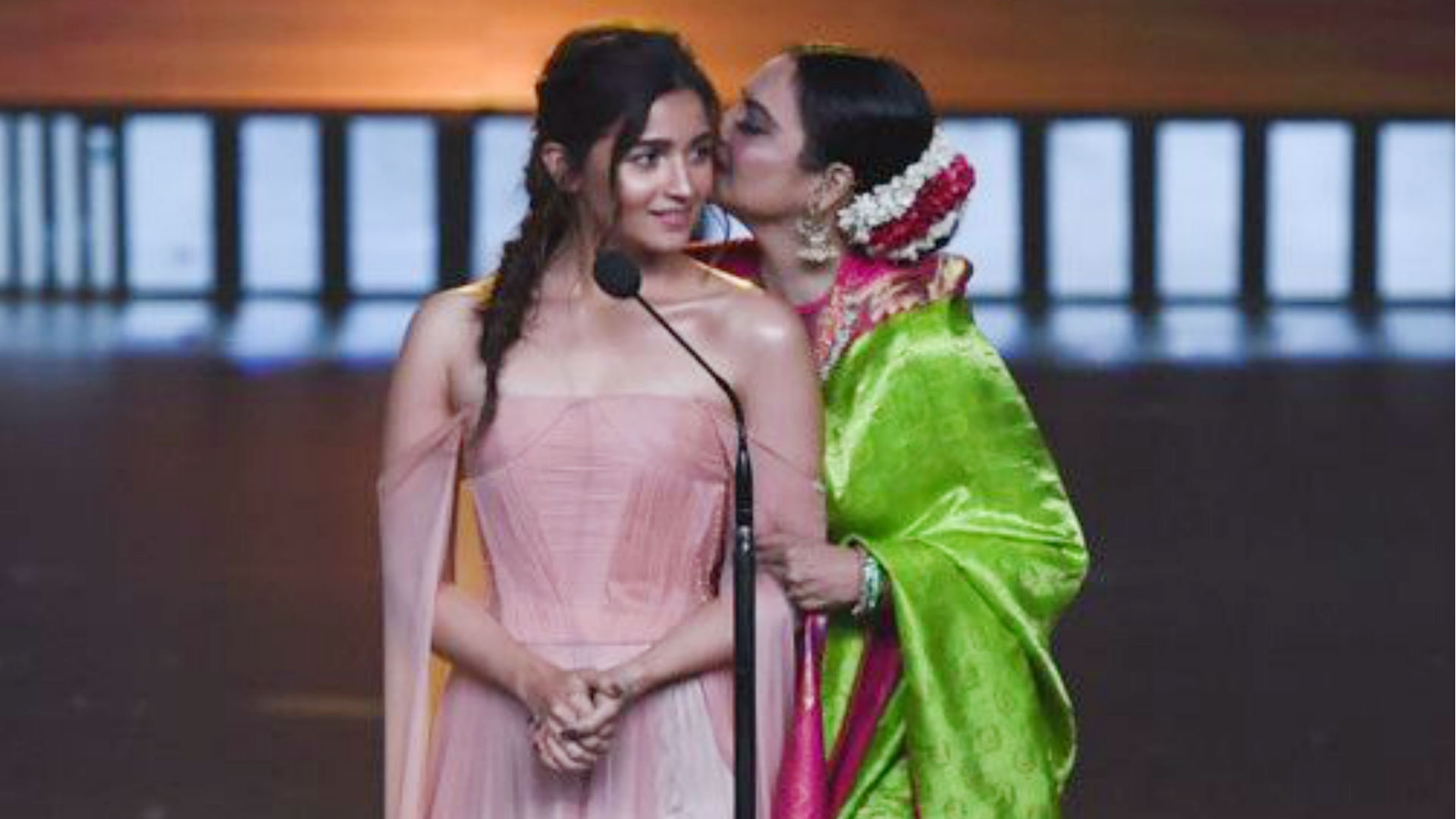 The legendary Rekha is very fond of Alia Bhatt.  The  senior actress has taken on herself  the  onus of  guiding and  advising Alia on her  career. Specially   now  after seeing Alia Bhatt’s performance in Gangubai Kathiawadi   Rekha is  more  convinced  than ever that Alia is the  best thing to have happened to Indian cinema  since Rekha.

“Rekha M’aam just couldn’t believe the  performance that  she  saw.  After the show  she rushed weeping  to hug Alia Bhatt,” says  the eyewitness.

Apparently Rekha  has taken Alia Bhatt under her wings, determined  to make  another Rekha out of  the  young superstar.

But one wonders if Alia Bhatt wants to be another Rekha?!

Interestingly Rekha has  always been encouraging  of  new female  talent. When  Yogeeta Bali had come  into the industry Rekha had gone out of the way to befriend  her. The trend continued  over the years  with Sridevi,Shabana  Azmi, etc.