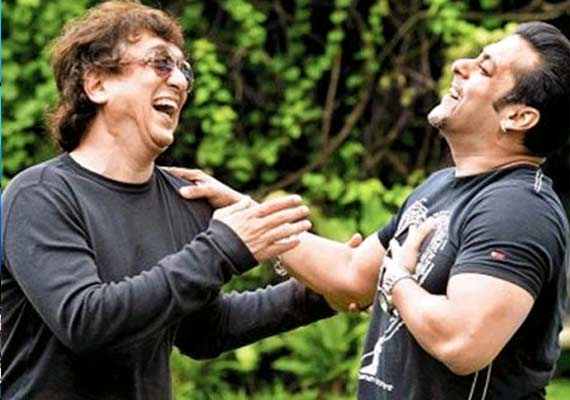 Salman Khan – Sajid Nadiadwala : One of  the  most enduring and endearing professional and personal alliances  of Bollywood has hit a  roadblock.

It seems things are not too  gung-ho between best friends Salman  Khan and  producer Sajid  Nadiadwala . The bone of contention between them? The  prestigious project  Kabhi  Eid Kabhi Diwali which  Nadiadwala  was to  produce with Salman in the lead, has a new producer .

Salman Khan’s SKF  Films will  now produce the film and Nadiadwala will no longer be associated with the  project.

As the  news spread  in the  entertainment industry , the reactions  of mutual friends of the two ranged from disbelief to shock.Sources  in the  know say  Salman and Nadiadwala disagreed  on  the timeline  for the  film’s shooting and decided to  part ways  on the project.

Apparently  the  film has many elements  taken from Salman Khan’s own life , like  the concept of  a multi-religious  family . In his  own family , Salman’s  father is Muslim. His mother is Hindu. His father’s  second wife(dancer-actress Helen)  is  a Catholic. The same oneness of all religious  faiths is the theme  of  Kabhi Eid Kabhi Diwali.A  delay in the production of this dream project was  just not  acceptable  to Salman.

One just hopes that his friendship of 30 years with Sajid Nadiadwala is  not strained  by this incident. I  remember Nadiadwala had agreed to direct  Salman in Kick  only on Salman’s insistence.

Dear John Abraham, How Do I Say This  Politely?