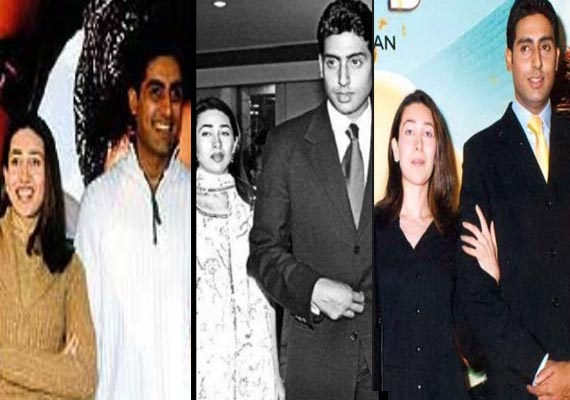 After  five years  of courtship  Abhishek Bachchan and  Karisma   Kapoor were  all set to  tie the knot  in   2002.

What went wrong? There are many  theories on why the couple called it quits. But  the truth, if you must know, is this. It was Karisma’s mother Babita’s  interference that  killed the relationship.Basically Babita wanted her  daughter to be financially secure  in the  Bachchan  household  before  l allowing the marriage .

Says  a source, “Babita wanted  the Bachchans   to  write off a part of their property to Karisma. This Abhishek strongly  objected to. But his parents were agreeable to it for their son’s sake.”

This is  where Babita got greedy. She suddenly asked Abhishek to move out of the Bachchan bungalow Jalsa  and set up a new  home with Karisma   after their wedding. This is where Abhishek  put his foot  down.

“Overnight he called  off the wedding   and walked  out  on the  mother-daughter pair who didn’t know what  hit  them. They thought they had  the golden goose for keeps. Little did they  know   that Abhishek would not  bear to be parted  from his parents even for  the  the most beautiful woman in the world,” says a source close to the  Bachchans.

And  that’s whom Abhishek  eventually married:  the most beautiful woman  in the world. But that’s  another story. Karisma married on the rebound and  parted bitterly with her wealthy  husband.