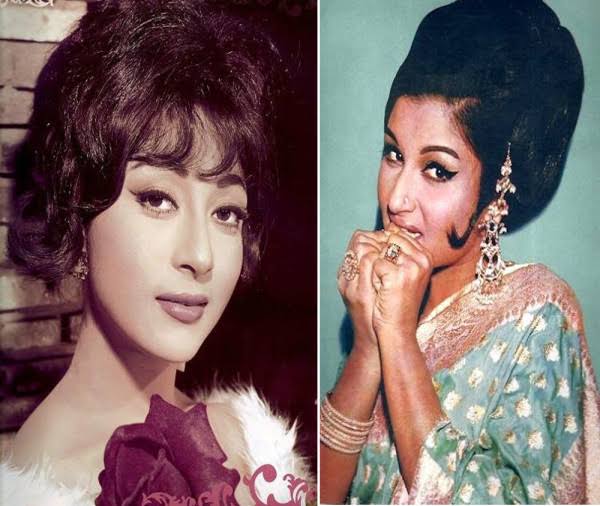 Cold wars  between two actresses  in  the  times gone-by were  not unheard-of. It is said that   when Sharmila Tagore and  Raakhee worked together in Yash Chopra’s Daag Yash Chopra had to pamper  both the heroines individually and make them feel special, as  the leading man RajeshKhanna was  apparently busy playing one  heroine against the  other.

Five years earlier  to Daag , in 1968  Sharmila was part  of  another  coldwar with yet another heroine Mala Sinha. The two were cast as Joy Mukherjee’s heroines  in Humsaya which  Joy directed and cast himself  in a  double  role. Hence two heroines. The experience turned  out be  anything but  a ‘Joy’ for its two leading ladies.

Apparently  Mala Sinha and Sharmila Tagore were warring from the word go.  They fought  for the best dialogues and best songs. They compared  each other clothes  and  made sure they the other actress  arrived on the set first.Joy kept  them apart  as long as he could. But finally they had to shoot  together for  that big confrontation sequence .

And  it was hell, with both heroines checking out each other clothes,  dialogues  , close-ups , etc.

Finally while  trying to  do their sequence today , something snapped and Mala Sinha, the more of senior of the two actresses, slapped Sharmila.

We have no clue  how poor Joy  managed   to shoot the sequence.

Many many  years later  I did ask both the actresses about the incident. As  expected both denied it. Mala Sinha told me, “Such  loose talk was a part  of the  effort to  create some  publicity for  the  film. I would ever raise  my hand on  a  co-star or anyone else.”

But  in  the same  interview Malaji  also  denied any affair with Biswajeet the co-star with whom she nearly  20 films.

To this day, the talk persists. That  the slap did happen. I can’t see Malaji being invited for Taimur’s wedding.