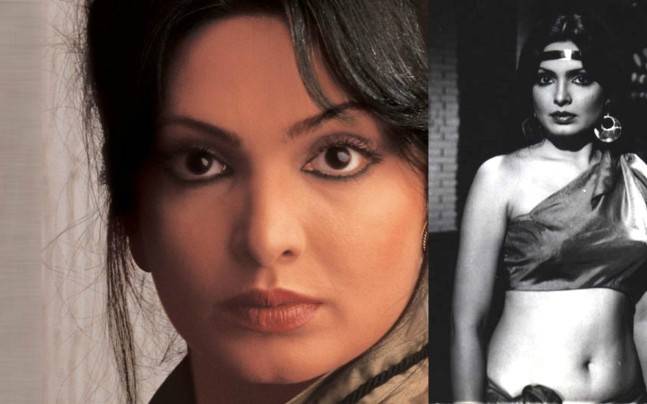 That  the beautiful  Parveen  Babi  was schizophrenic  was  a tragic truth that  her  lovers  Mahesh Bhatt and  Danny Denzonpga have confirmed  to this writer.

But what  made her topple over the brink? All  those  who knew her closely  say her  condition was  controllable. All she needed  to do  was  to  stay  in a stable relationship and take  her medication regularly. So what made her lapse  into  a paranoid mess?

Friends say it was her  obsession with  a mega-star that  did her in. She constantly ranted  about the  Mega-star trying to kill her, planting a  chip in her head and  all sorts  of  nonsense. Quite clearly  she  was  obsessed with this mega-star.Was it  a case  of  unrequited love? Or  was  there something  more to it?

Whatever  transpired between  Parveen and  the  mega-star  it destroyed her precarious mental condition.

She  vanished  from Bollywood  in  1983. Nobody knows where she  was,or  what she  did.She returned  in  1989 considerably weight-enhanced and spaced  out. She  remained locked away in her Mumbai apartment, friend-less by choice.

Speaking of her disappearance  her co-star Amitabh  Bachchan told me  after her death, “I don’t really know what happened. It wouldn’t be ethical to talk about her condition. The nature of her illness was such that she was terrified of people; she wanted to be left alone. She deliberately distanced herself from everyone. We felt by associating ourselves with her, we were causing her more grief.”