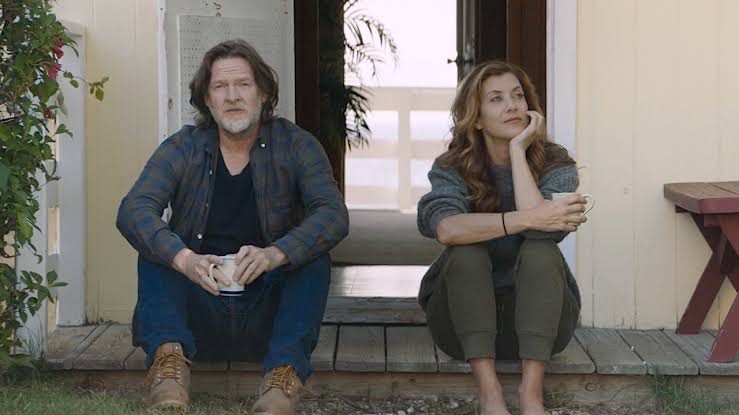 Sometime  Other Than Now

Love stories  about  couples  past  50  are always welcome. But this  doesn’t mean every film about two middleaged  people falling in love  is worth  your attention. This  one is  decidedly wishwashy.It starts  with the  aging hero Sam(Donal Logue)  unconscious on  the beach with his motorcycle  by his wide.

How did  that  happen? I wish I would say  the opening piqued my curiosity. It did  not. The  film creates  these  showy  checkpoints  for the plot to be assessed favourably. But the ruse doesn’t work . This drama has  an  empty  soul which no amount  of soulful posturing  can conceal.

There is  some good  acting here, though . Donal Logue  as the alcoholic  drifter  strikes  the  right notes, though he is  nowhere near to Jeff Bridges in Crazy Heart, the film that I was  repeatedly  reminded  of   while watching Sam getting  attached to Kate (Kate Walsh). She is  one  of those independent-minded middleaged women  that  we see in  small towns in  American  films. Filled with righteous  pride  and  not willing to  compromise with  her conscience Kate is antidote  to  Sam’s  decadence. Kate  operates a  motel where Sam pitches his  tired self. The mutual attraction is not quite  as apparent  as  it should be.

Also Read:  "No One Comes To My Show To Discuss Only Work," Karan Johar

Then  halfway   through the  film  Sam begins bonding with his  long-estranged daughter Audrey(Trieste Kelly Dunne). Apparently he had sneaked into this  beachside town  only so that he could catch  up with a daughter whom he had abandoned.So much  for being a washed-up  wash-out.   The father-daughter scenes  are effective  but way too  sparse. There is more meat  in  Sam’s bonding with his little grand daughter .

Finally ,though, no  relationship in this vaguely  stirring  plot is given a chance to  grow. We  are  left with a film as adrift as  its  protagonist. The  New England setting  is  idyllic and some moments  in  the  drama seem genuine. But  the  film  on whole is coldhearted and  uninviting.