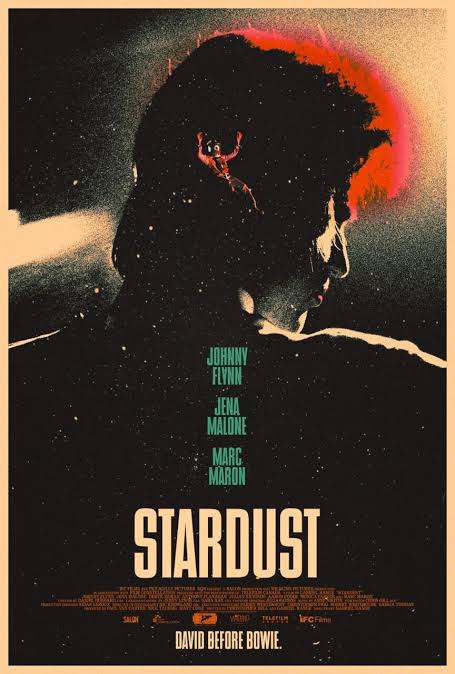 The worst  disservice  to a celebrity figure is a substandard  bio-pic. If you’ve seen Raj Kumar Hirani’s Sanju you will know what I mean. Stardust is just one of a trio of recent bio-pics on British  bi-sexual rock-pop icons, that falls flat on its face even while negotiating rocky craggy  pathways   in trying to get to the core of  the  icon.

Well, if Stardust is  to be believed then David Bowie for all his flashy androgynous  clothes and  acts, was a  bore at his  core. The  film slices  off one episode from Bowie’s life with a blunt knife that leaves many uneven edges in  the storytelling canvas. Who was David Bowie? At the end of the film he remains as much a mystery as  Freddy Mercury in Bohemian Rhapsody and Taron Egerton  in Rocketman.

What made  the music  of these three  rock legends  such monumental  musical  thrusts  into eternity, so  enduring and  popular that even today  their songs play in our heads and beds? For all the disappointment,  at  least the  bio-pics on  Freddy Mercury Bohemian  Rhapsody and Elton John   Rocket Man had the original music and songs  for us to singalong even when the storytelling got heavyhanded.

In  Stardust no original song  of David Bowie has been used. Bowie’s family didn’t allow  it. Perhaps they sensed what a  mess  this  bio-pic was going to be. More than  Bowie  and his transformation  to  his twin personality Ziggy Stardust, this  bio-pic focuses  on how dreadfully unsuccessful Bowie’s first  trip to the US  was.

Bowie’s entire  US experience from being made to put up in  his US manager’s  guest room to  having to perform at private events where no one listened(why should they,  when they were not even getting the  original Bowie songs!) make David Bowie look like  a horrid loser, a rock wannabe who  doesn’t know where to fit in.  Without a context or  a connection, the episode  of his frustrations and  failures in the US  do Bowie more disservice than  a bio-pic is meant to.

Jena Malone as  Bowie’s long-suffering wife  is a portrait of  a messy marital   liaison. As  for  the British actor  Johnny Flynn as  Bowie, he tries hard . But without the  original’s zing sting or songs Flynn is  caught on the wrong foot. Marc Maron as  Bowie’s manager fares better.We are  better able to acesss the manager’s frustrations than Bowie’s. And that is truly tragic.