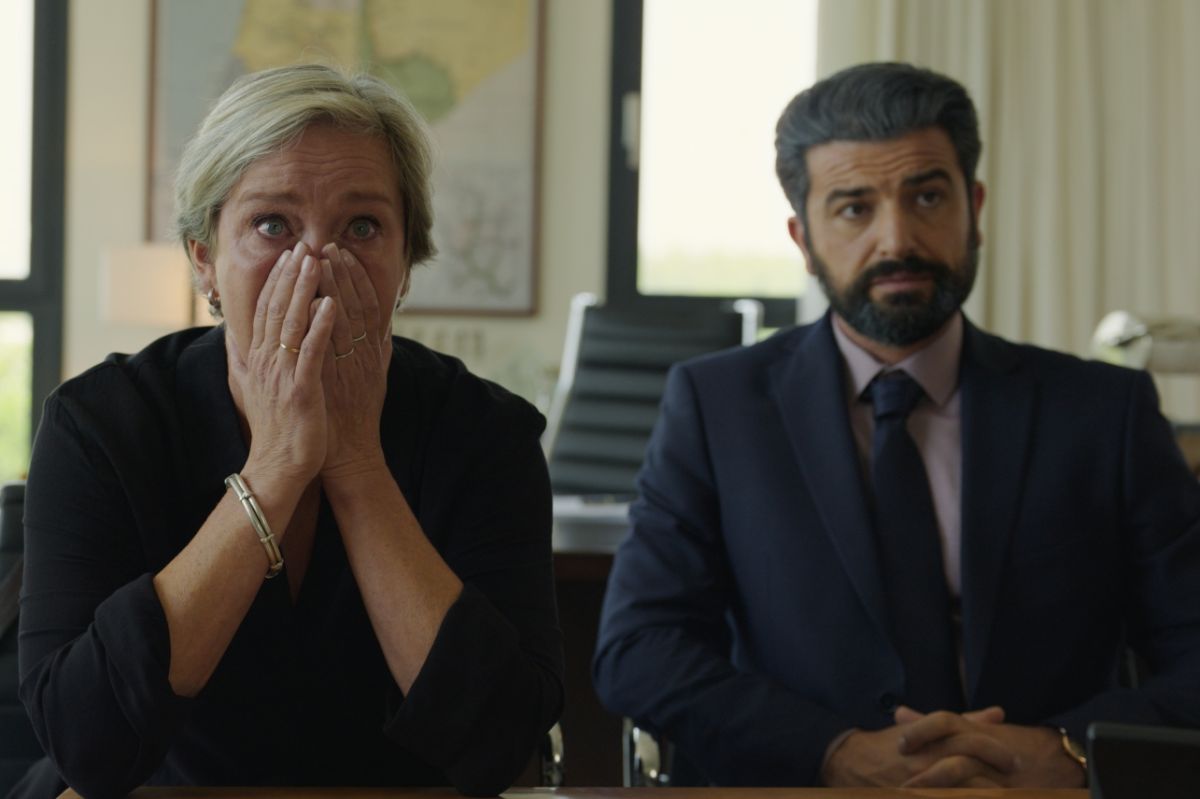 The Girl From Oslo(Netflix,10 Episodes)

The   Girl From Oslo,the  original Norwegian title Bortført, is a 10-part mess masquerading as  a thriller  about a  girl who is taken hostage while  holidaying in Egypt.

Loud clunky acting, plot twists  that can be predicted by a  4-year  old with a phone in his  hand(“But Mama,  why would anyone  go holidaying to  a dangerous place  like Sinai?”) and performances that  go from  glib to exuberant  without batting an eyelid…the  sheer  mediocrity  of the  presentation  is  overpowering, more so than any effort to rescue  the kidnap victims.

There are actually three   kidnap victims–Shira Yosef, Andrea Berntzen and Daniel Litman—and the  mother of two of them , siblings, seems far more   affected than  Pia’s weirdly placid mother.But somehow  the title  of  the series  suggests the  series is all about the Oslo girl Pia(Andrea Berntzen) who  must be rescued at any cost. The  other two lives matter less?

There  certainly seems  a more interesting political  plot  behind the making of this Norwegian-Israeli  co-production—good to look at but no real  substance beneath the cosmetic  appeal—than what we see on screen.

And  what  do we see? Actors trying hard to look involved as Pia is taken through the Sinai  desert by a terror group.The biggest letdown is the main protagonist , Pia’s mother Alex, played  by  Anneke von der Lippe. What the role needed  was the dramatic force  of  Helen Mirren, (the late) Katherine  Hepburn  or  Shabana Azmi. What  it gets is an actress who seems to  suffer an emotional  blockage . Maybe Alex is  too  shell-shocked  after  her daughter’s abduction to  show any  genuine   emotions?

Maybe.  But we cannot  make excuses  for  what we don’t see while the drama  unfolds. We are given to respond  only to what we do see. And  what we see are some  terrible  twists  in  the  plot made worse by  actors who  couldn’t care less. For example, Pia turns out to be  the biological daughter  of   a powerful  Israeli politician Arik(Amos Tamam, a vacuous  version of Pierce Brosnan),a well-groomed negotiator showing no real involvement in the  kidnap case even after the BIG revelation  which is spilled out by  Alex with  nettling  nonchalance as  though she was talking about a bout of  indigestion .

Apparently  while  the historic Oslo Accords were  on in 1993 Pia’s mother and Arik were  making their own peace efforts in bed.

The series  is filled with unintentional  LOL moments. It makes you wonder how  such a  scrappy  serial could be served up  on such a  sensitive  political issue. The  plot is  not just  designed  to  offer   dinnertime  hijinks,  it is  also dangerously self-congratulatory.  While  Pia’s mother is in Israel  running from pillar to  post  trying to  find a solution ,  her father in Oslo decides  to fight the case   for the  hardcrore terrorist whom Pia’s  kidnappers want  released.

“If it wasn’t for my daughter  I’d have throttled you with my bare hands,” Pia’s father growls at the smirking  terrorist.

This is  the problem with The Girl From Oslo. All  bark,no bite.All spark ,but nothing right.