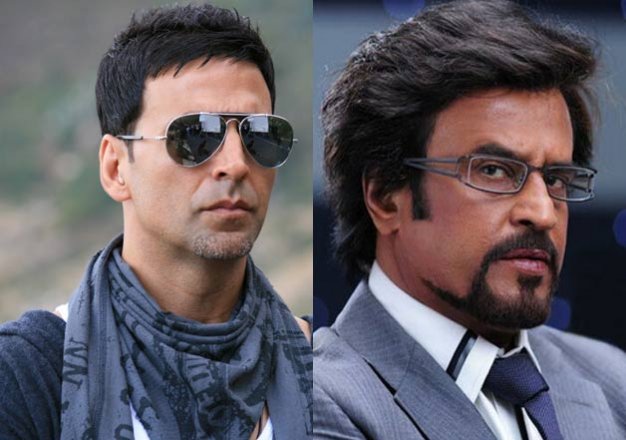 Will Rajinikanth’s  First Diwali Release In 26 Years  Score Over Sooryavanshi?

Will it be Advantage  Rajinikanth at  the boxoffice  this  week? Annaatthe is his first Diwali release  in 26 years. And  the  first day’s collection are  sobering.The film has  collected approximately  10 crore rupees on the  first day.

Diwali  should bring that much-needed succour to the boxoffice  after the  pandemic panic.

Rajinikanth’s  outdated  Tamil  family  drama Annaatthe  which  despite  scathing  reviews has opened  to a massive audience.  Besides the fact that Rajinikanth  is God,his hospitalization and  surgery  further boosted the  prospects  of  the antidiluvian  melodrama.

In  the South, Sooryavanshi  stands  no chance of beating  Annaatthe at the  boxoffice.

“It’s  a no-brainer. If  it’s Rajinikanth, there is  no competition at the  boxoffice,no matter who is standing at the other end, he stands defeated.True, Rajinikanth’s last 4-5 films have been below expectations. But who cares? His fanatical fans  go to see HIM. It doesn’t matter what he  does on screen,” a prominent Tamil filmmaker who is yet to work with Rajinikanth(but is dying to) tells me.

The  weekend collections of  Annaatthe are  expected to be  35-40 crore rupees worldwide. This  is  Rajinikanth’s first Diwali release since  Thangamagan in 1983.

Tamil  star  Vishal Krishna whose  engaging entertainer Enemy opens alongside  Annaatthe  says  there is no dispute  which film gets the  bigger audience.  “It’s  a no-brainer. Our film Enemy is  not even competing with Rajini Sir’s  film. Even I would go and  see Annaatthe  first.”