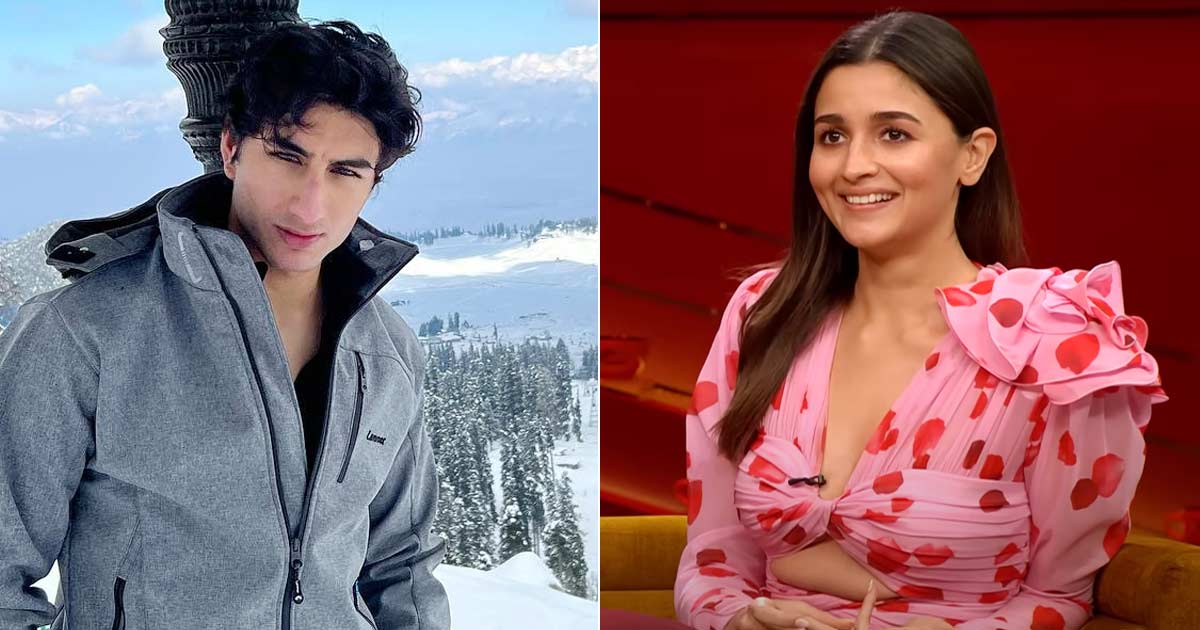 Ever  since  Alia Bhatt read  out  Saif Ali Khan and Amrita Singh’s son Ibrahim Ali Khan’s private  text message on Koffee With Karan, Alia has  been trolled  for being insensitive and arrogant.

Which  is  not an entirely  unfair  allegation, as going  public  with private messages  is  not quite the ethical  thing to do, especially when  the purpose  is to  glorify oneself at someone else’s cost.

However there  is  a catch to the unsavoury little  incident that doesn’t quite exonerate Alia but  puts her in a less unflattering  light.

“Ibrahim  knew Alia  was  going to read out his  message  on  Karan’s show. She  rang him up and asked  if it was okay. Only when  he  said yes did Alia  go ahead.  Both Karan Johar and Alia  are  very fond of Saif’s boy. They would do  nothing to  hurt him,” source  close to Karan  Johar  informs.

For those who  came in late, here’ s  the message  Ibrahim Ali Khan praising  Alia Bhatt in Sanjay  Leela Bhansali’s Gangubai Kathiawadi  that she read out on Karan Johar’s Koffee With  Karan:  “Had to remove the time to message you personally. I cannot believe this is the same lady I learn from every time I am on set. You’re just phenomenal! You are so so good as Gangu and seeing you as Rani and then watching this film, it’s safe to say you mould yourself effortlessly, like water taking shape of its container. So so good! Best actress in this country!”

While a section of  the  netizens  thought  it was  a  sweet things to do, others  found Alia’s public broadcast  of a private moment  to be  “obnoxious”, “snobbish” and  “bullying”.

Ibrahim, I am  told, is “cool” about  the public roasting by Karan,  Alia and even Ranveer Singh who joined  in the  revelry  by wondering if Ibrahim thinks he  is  as busy as  Jeff Bezos(the Amazon boss).