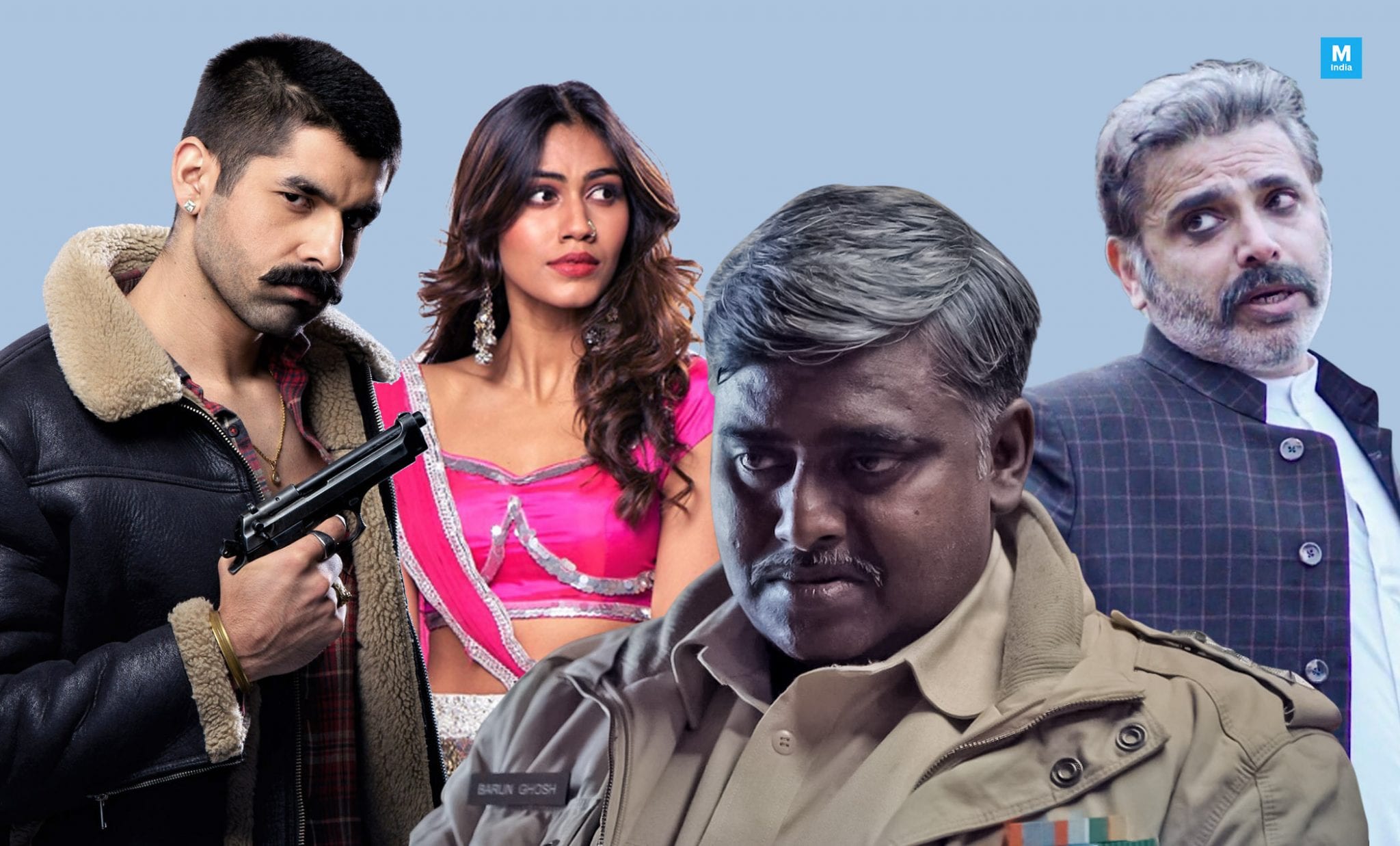 More of the same,  and yet at the top of the game…That just about sums up the second season of 2020’s well-played cat-and-mouse crime thriller  about  a super-rich wedding, a murder and  the affluent arrogance  of a family that  thinks crime is  the only way  to stay wealthy.

It’s  a world where people get  shot randomly, remorselessly. The patriarch of  the family(Harsh Chhaya over-the-top) is a drunken lout whose empirical viciousness  is manned and powered  entirely by his  wild nephew Rinku(Surya Sharma, brilliant) .

Rinku remains  as interesting in Season  2 as he was the first tiem around. He  is  rough,rude, violent and  unstoppable. Yet he gives us  fleeting glimpses of something less toxic specially when his wife Muskaan(Shivangi Singh) is  around.Muskaan is  another character to  look out for. She looks homely but loves guns specially when they are in use and more specially when she is using  them.

And the way Muskaan participates in  shootouts with her violent husband gives a completely unexpected  twist to the  till-death-do-us-part  theory of marital togetherness.

The women are , in fact, exceptionally aggressive in Undekhi. There is one on the run, a  dancer who  has  tremendous survival instincts in the jungles. Then there is Teji(Aanchal Singh) married  to the the  most  peaceful  heir of  the violent Atwal family , Teji is rapidly learning the ropes of the illicit business. And  then  there is Saloni(Ayn Zoya)  a television journalist not  averse to  blackmailing and extortion.

For a  series about toxic masculinity  the women in  Undekhi have a  lot to do, and not much of it is legal or legit. Writer Sumeet  Bishnoi plunges us  into this dangerous sleazy world  with no hope for any redemptive thrusts. Nobody changes, there are no  character reformations in   Undekhi at least not in Season 2.Perhaps the  characters will begin to shed their plumes in Season 3. This time, for now,  they are  avaricious, vicious sneaky and  mostly unlikeable.

There is  not a single  character  in this series that  I  would like to run into at  a party. Director Ashish R Shukla just about succeeds in  holding this irrevocably immoral world together.A  lot of the times in the  9 episodes we see characters on the run from imminent death. Whether it is  the tribal  girl Koel(Apeksha Porwal)  or  the  slimy  blackmailer  Timma(Diwakar Jha) they  inhabit a dark  dreadful  world with no way out.

Fast-paced and breathless Season 2 may seem to some  like just a repeat  performance of Season 1. That  , Undekhi  2 is. And yet the core issue  of  a police inspector Ghosh(Dibyendu  Bhattacharya) trying to save  a tribal girl from a filthy rich family  has a kind of  contextual  resonance that doesn’t get worn  in  repetition.

Undekhi 2  has  some glaring  plotholes—for example, when the two on-the-run journalists Saloni and Shaswat get locked in a truck in a dangerous  factory,  they announce their presence when they hear a  noise  outside. Why wouldn’t  two people in grave danger just hide  until the truck drives  out into safety?

A lot of the writing here involves physical action.And yet a sluggishness seeps into storytelling that luckily  doesn’t  storm into a state  of exhaustion . Looking at the brighter side,the characters are never  allowed to get lazy, although the  writing  occasionally does.