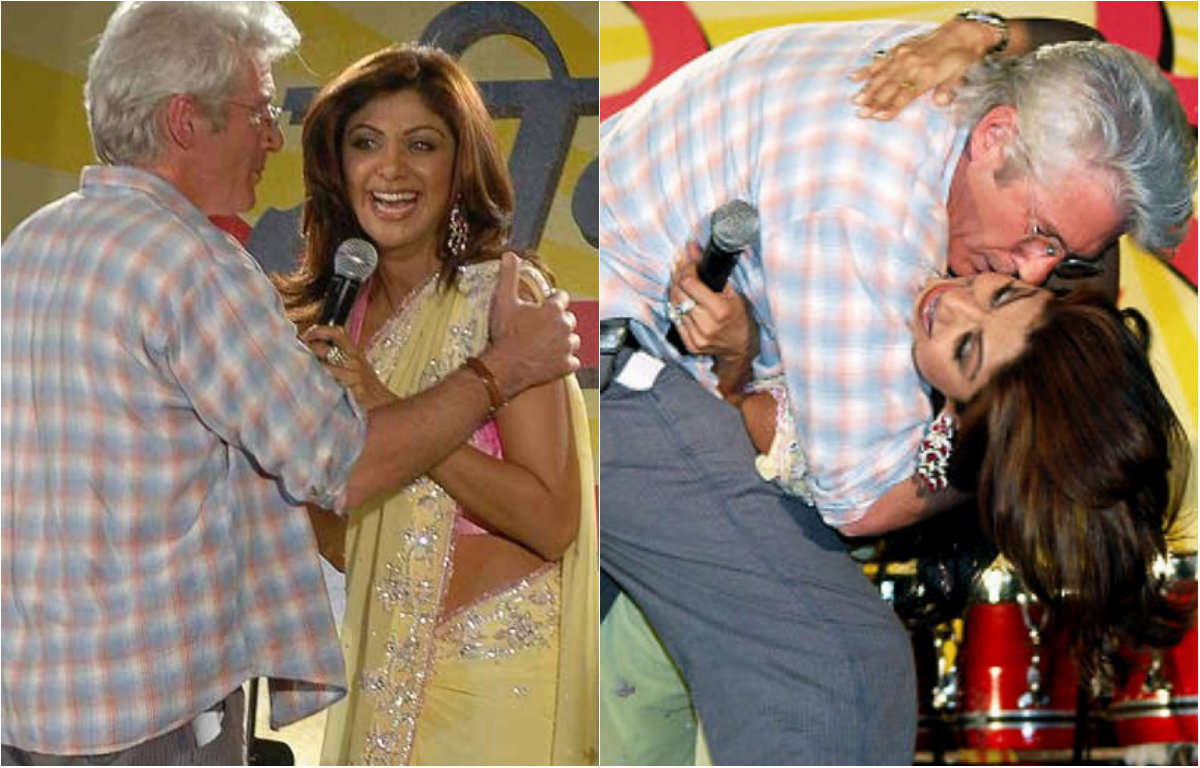 Shilpa Shetty, In  April 2007  a harmless peck on Richard Gere’s cheek had the moral police  gunning for her.

Shilpa Shetty in an interview with  me  in  2007 claimed she was just being hospitable.

Back then  Shilpa Shetty had a question for the culture cops who were  burning effigies in the name of the dignity of the Indian woman: just what was she supposed to do when Richard Gere pecked her on the cheek?

“Was I supposed to snub Richard in a public place when what he was doing was just in fun? I agree a posture like that in public is against our culture. But doesn’t our culture say that a guest is like God?” asked the harried actress.

Speaking up for the Hollywood star, Shilpa Shetty dubbed the kiss controversy much ado about nothing fuelled by the media. Gere was in India for a cause and did not have any naughty intentions, she said.

As for Shilpa Shetty values, no one could question her about them, she said. “I want to know what people who are burning Richard’s effigy have done for our country,” she snapped.

The Celebrity Big Brother star, who was recently in the middle of a racist row in England, said she was fed up with rows stoked by the media.

“It was just a kiss on my cheek! What’s the big hue and cry about?” she asked.

“Look, if he kissed me on my lips, I’d be offended. But he belongs to another cultural zone. Richard meant no harm. We were in the midst of 3,000 truckers who didn’t understand English. Richard was trying to entertain an unresponsive audience.”

Taking a swipe at the kiss clips being played endlessly on TV, she said: “I wish the electronic media wouldn’t play the clip over and over. It’s annoying and serves no purpose.”

Shilpa Shetty said Gere had been “unconditionally” working for the cause of AIDS for nine years. “Do we know how much money he has been raising? It’s sad people are being instigated against him.

“Richard’s intentions were not dubious. People are burning his effigies. Poor guy! How will it look in the global press?”

Shilpa Shetty said the kiss sequence was a dance step from one of Gere’s movies that she had teased him about during lunch.

“When he suddenly took me in his arms, he was doing that step from Shall We Dance? It was nothing but a joke and was not pre-planned.

“I don’t think Richard intended to hurt anyone’s sentiments. He is a Buddhist. He wears a tulsi mala. Why would he hurt our sentiments?”

An east Delhi social activist has filed a police complaint against Gere for the “obscene act” and Shilpa for “encouraging obscenity”.