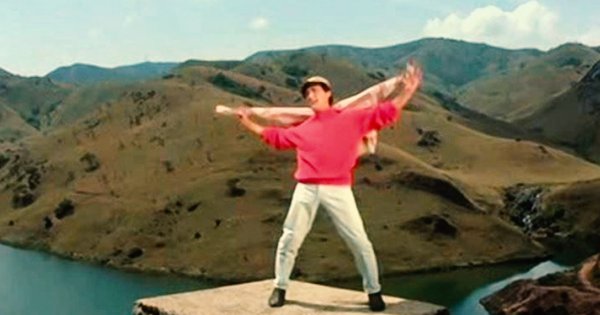 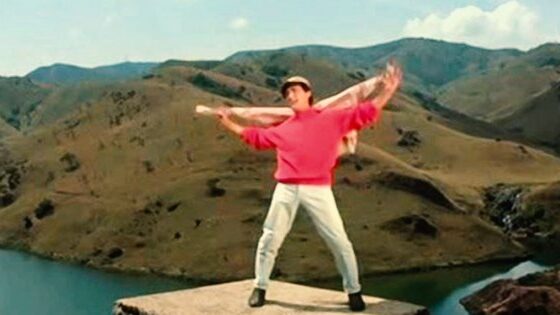 Jo Jeeta Wohi Sikandar which was Mansoor’s second feature film  was inured in controversies from the word go.The cast kept  changing  right into the shooting. For the female  lead, Girija Shettar , a  British actress who had worked with the likes Mani Ratnam  and  Priyadarshan in  the South,was finalized. She even shot for  the film. But Girija was replaced by Ayesh Jhulka

For Deepak Tijori’s role, Milind Soman had already shot for nearly 70 percent of  the film before he was given marching orders . For  the role of  Aamir’s elder brother Aditya Pancholi  was the first choice. He was replaced by Mamik Singh who found  fleeting fame  after the film but  soon faded away.

But  the  biggest controversy  surrounding Jo Jeeta Wohi Sikandar  had to do with the choreography  of the  iconic song Pehla Nasha. Farah Khan has claimed over the years that she choreographed the song and  that Saroj Khan had been  sacked  by Mansoor.

Here is what happened. Saroj Khan went to Kodaikanal for 17 days to shoot three songs. Saroj shot a song with Girija Shattar. It   took 17 days .Busy as she was , Saroj  was pressed for time. She  had to go to Shimla to shoot a song with Jackie Shroff for Rakesh Roshan in King Uncle. Mansoor suggested Saroj  prepare the steps for Aamir in the song Pehla nasha which Mansoor wanted to shoot in high-speed definition.

According to  one of  the  actors who  was  present  Mansoor suggested to Saroj, ‘Tu ek kaam kar. Show me the steps , leave your assistants here and you go and come back from Shimla, we’ll do rehearsals with Aamir.’ After composing the steps for Aamir and briefing him on how to shoot in high-speed Saroj  left behind two assistants Upendra and Sheila.She went straight to Shimla.

When she returned to Mumbai she  heard Jo Jeeta Wohi Sikandar had been stalled because the leading lady Girija Shettar  had problems. The heroine had to be changed.All the schedules went awry.Eventually when they were shooting a song with Pooja Bedi they called Saroj. It was impossible for her  to accommodate Mansoor into her date dairy.Saroj  told  Mansoor  to do Pooja Bedi’s song with another choreographer and that Saroj  take it up from the second song.

Because Farah was an assistant director to Mansoor he told her to pitch in a bit of choreography for the title song of Jo Jeeta Wohi Sikandar. But according to  Saroj  Farah distorted  the facts to claim that Saroj  had been sacked from Jo Jeeta Wohi Sikandar. When Saroj  told Mansoor this he had called up Farah in front of  Saroj  to confront them.

Incidentally Jo Jeeta Wohi Sikandar didn’t do well on  release.The  audience in non-metropolitan sectors  found it to be more  about cycling than cinema.