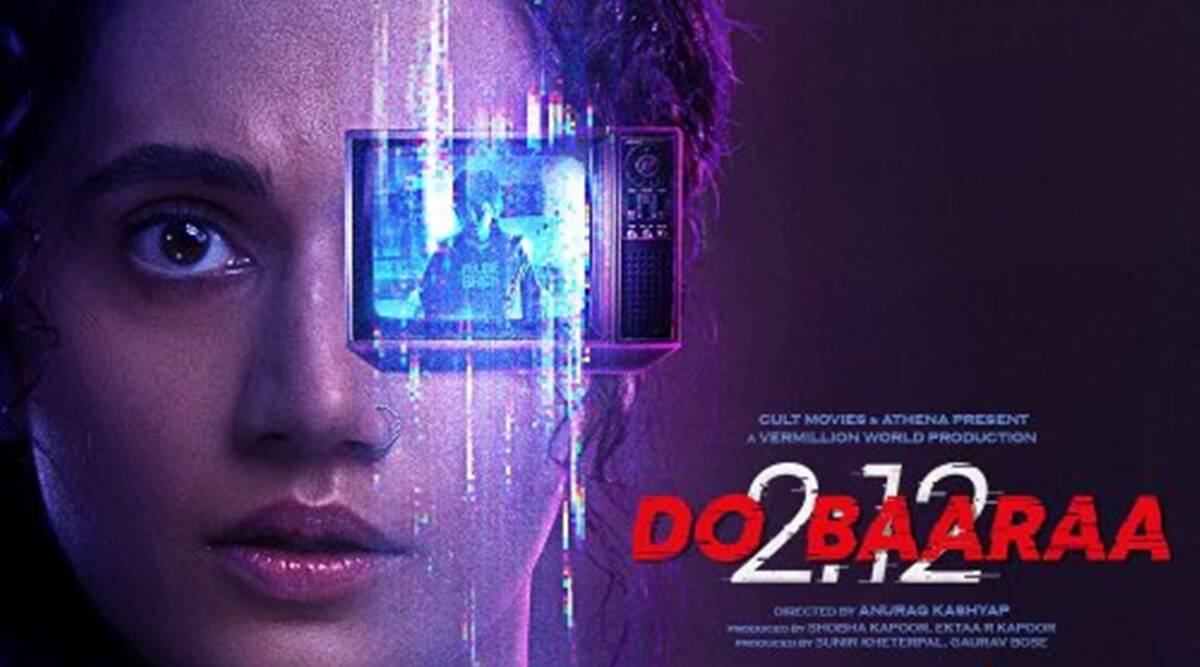 Time travel has always been tricky on screen. It has never looked more  tangled and  confounding  than  Dobaaraa, a time-travel  saga trapped in transit, and so frozen in its own inner conflicts that one feels all travel should  be banned indefinitely.

Taapsee Pannu wakes up one morning looking suitable  bewildered. We know the feeling.  It’s the confusion we felt after watching  Anurag Kashyap’s  Bombay Velvet.  The  puzzle  piles up quicker than rubble at  a construction site.It is  up to us to pick our way  through the  stockpile  of  confusions.

Essentially the plot  is  a mindboggler. There is  a 12-year old boy from the 1990s who connects  with Taapsee Pannu twenty years later  through an  old television set. Their bonding is  a mix of déjà vu and  dejaa-more-confusion.

In this way Doordarshan meets time travel in  a  mix that puts your mind in  a fix. Who are these  people? Why does Taapsee remember  the  people in her life while they don’t remember her?  “Madame, I think you  had  too much to drink last night,” a colleague suggests gently.

Why  only Taapsee,  everyone connected to this  weird drama seems  to have had one to many. Peg by peg the plot comes undone as Taapsee and an earnest-looking police investigator (Pavail Gulati , Taapsee’s talented Thappad co-star) try to   make sense of her  life.And the plot that’s been thrust on  them.

Somewhere in the  jumble of past tense and present even more tense, not to mention future  distinctly  imperfect,  there is  a man with a mistress and a dead wife and mother searching for a daughter. Eventually,  if you have the  patience  to slug it out till the end  there is also a love story tucked away beneath what lies at  the  surface.

The characters  , though  caught in such a dramatic conflict,  never  touch you. The  performances  try hard  to make us  overlook the implausibility  of  the  plot. Taapsee hops skips  and jumps through  various eras in search on a life-enforcing aura. The  other actors  especially Rahul Bhat , Pavail Gulati and  Sukant Goel try their utmost to instil a smudge of  sincerity to what is essentially a shallow remake of Oriol  Paulo’s  Spanish film Mirage.  You may also spot  elements from the Netflix series Manifest.

But at the end ,  all we are left with is  a feeling of being seriously shortchanged.