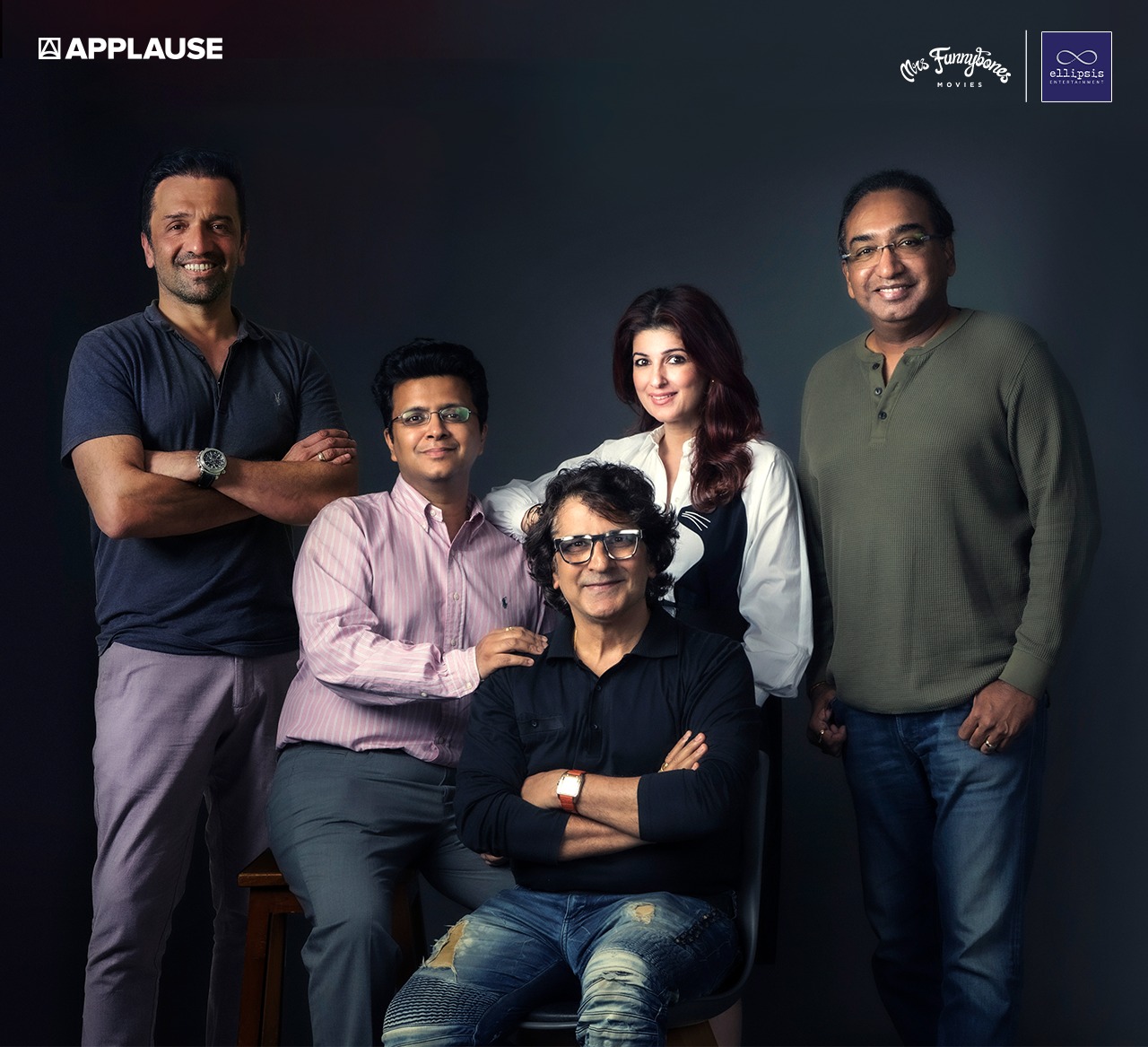 Applause Entertainment is partnering with Ellipsis Entertainment and Mrs. Funnybones Movies on their next feature. The film is an adaptation of the short story ‘Salaam Noni Appa’ from Twinkle Khanna’s best-selling book, “The Legend of Lakshmi Prasad” and marks the directorial debut of leading ad-man Sonal Dabral

Twinkle has emerged as one of the country’s foremost humor authors and columnists, with her biting wit and sardonic insights about modern day life. The film is a winning comic romance that breaks stereotypes and is to be directed by one of India’s leading advertising mavericks, Sonal Dabral, who makes his debut with the film.

Sameer Nair, CEO, Applause Entertainment said, “We’re absolutely thrilled to adapt Salaam Noni Appa, a delightful story that defies convention, with Twinkle’s irrepressible wit, and her distinctive gaze on love, life and relationships. Having Sonal make his feature debut with us, along with our partners at Ellipsis, makes this an immensely special film for us.”

Said Twinkle Khanna, of Mrs. Funnybones Movies, “Salaam Noni Appa, from my second book, loosely based on the relationship between my grandmother and her sister, was first adapted into a lovely play. It’s a surreal moment to join hands with Applause and Ellipsis and see it turning into a movie, continuing to reach wider audiences, and leaping across multiple mediums.”

Said Tanuj Garg and Atul Kasbekar of Ellipsis Entertainment, “This is our third partnership with Applause and our first with Mrs. Funnybones Movies, on an enthralling story, which will leave you with a warm, fuzzy feeling. In line with our track record of identifying the best directorial talent from advertising, we’re delighted to have leading ad-man Sonal Dabral helm the film.”

Director Sonal Dabral says, “A progressive sensitive story full of wit and observational humor, a hallmark of Twinkle Khanna. And producers like Applause and Ellipsis who have made a habit of creating some fresh, outstanding work. I couldn’t have asked for a better debut as a feature film director. I’m looking forward to bringing this story to life in a way that will not only inspire but be loved by all”