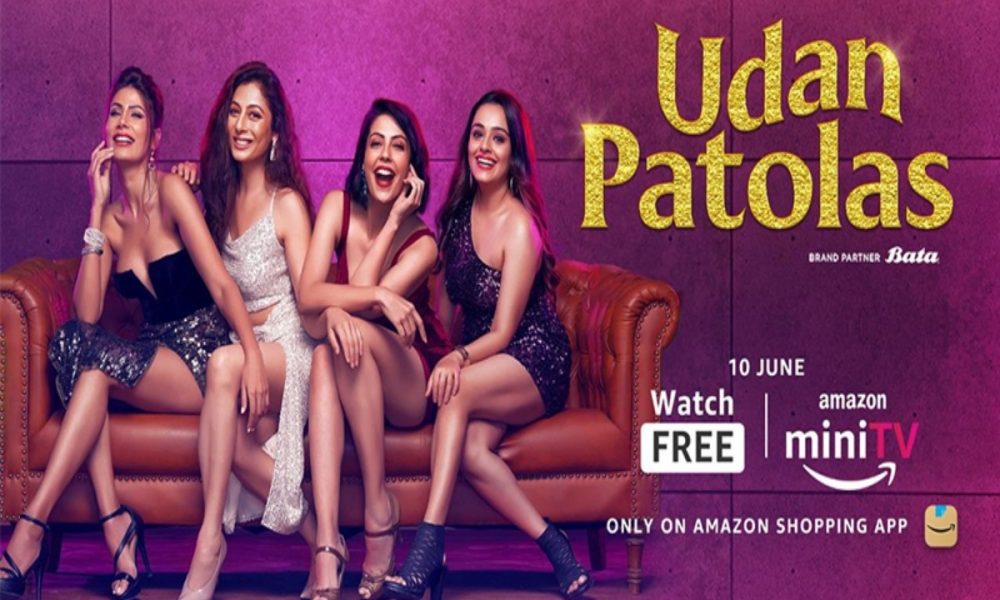 Udan Patolas,I love the title, has quite  a lot of going for  itself. It has four strong women at the  forefront. These women are smalltown wannabees  in Mumbai with one  agenda: to make it big  in  Mumbai. No matter what  it takes.

I think that  line  coming from a male character  who has chosen to remain true  to himself in spite of all temptations to  assume  aliases  in the metropolis,sums up the series’  thrust towards an illusory existential self-denial  where partying is  such sweet-sorrow, checked and  controlled by a  script that slows the quartet  of  heroines with  just enough rope to hang their  vanity and vanity cases.

Udan Patolas displays  flashes of  witty sparkling writing everywhere. My favourite  episode is the one where   the nerdy but influential   finance writer who is  a  huge  fan of actor Amol Palekar catches  the attention  one of our protagonists Noor (played  with  a  bubbly sparkle by  Aasttha Ssidana) .

Sometimes recalling the vivacious female bonding in Sex & The City, Udan Patolas is  an unabashed  joyride,where for a change the female  gaze is given  the same prominence  as the male.  For decades we  have watched the men drooling and leching at women and singing songs like  ‘Badan pe sitare lapete hue oh jaan-e-tammanna kidhar jaa rahi  ho zara paas  aao toh chayan aa jaye.’

Ok then.These four girls are constantly checking out the guys, and finding them wanting.

Spiffy and smooth,  Udan Patolas  is the shot-in-the-ars….I mean  in-the-arm that  the web space  needs to  accentuate the  need for serials that address female appetites.

These women  talk of sex and self-pleasuring with more confidence than  Sonam Kapoor in her  chick flicks Ayesha  and  Veere Di Wedding. These films got bogged down by the responsibility of  adhering to the  moral codes of Hindi cinema’s  heroines.

The four  women in Udan Patolas will  stop at nothing.And we  love them for their appetites.