Clash Of  The Titans: Akshay Kumar Versus Van Diesel!
Advertisement 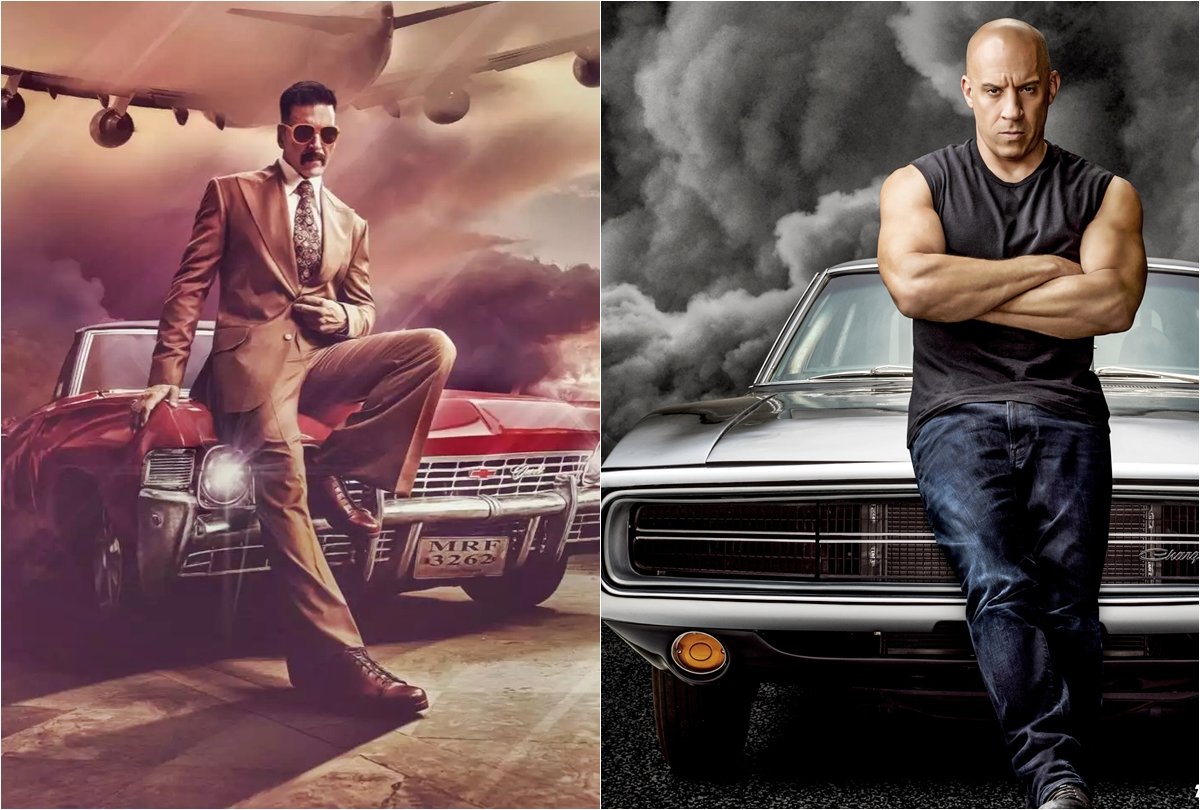 With  movie  theatres expected  to be freshly  re-opened this month ,movie  exhibitors are  getting ready to unleash a banquet  of  goodies  on  the movie-theatre audiences. Taking the lead  are  Akshay Kumar and Van Diesel  whose Bell Bottom  and F9(the  latest  in the Fast & Furious  franchise) are  all  set  to  open simultaneously on  August 19.

Girish Johar, Producer & Film Business Expert is happy about the  double bonanza.  “Both films cater to the top-end cinema-loving audiences  in the top cities and regions of the country.  Here the vaccination drive is also on  a solid  momentum  and  they will be the front drivers to start the cinema going machinery. Further, both films are big and looking very good and have all the commercial appeal to draw the audiences in. For a film lover, it’s a double bonanza.”

Kishan  Damani  a leading Bihar exhibitor is  also happy about the two big  films  coming  together, “Both will appeal to more public to come back to theatre,so we will witness a better viewership.Bell Bottom will help single screens and F9 in multiplexes.”

While sections  of  the film trade  are  happy to see  this  “happy clash”  others feel it is detrimental  to  release two such  huge films on the  same day.

Says  trade expert Atul Mohan, “In normal situation pre–Covid days one could say clashes are inevitable.But pos–Covid things are different. Right now we have to plan  and strategize releases  in different way. We have to step by step move ahead, avoid clashes make people come to cinemas by releasing big titles at regular interval. The economic difficulties of the ticket-buying people can’t be ignored. They simply can’t watch two films on the same day, same weekend or same week. Clashes should be avoided.”

Trade pundit Taran Adarsh has the last word on  the “happy clash”. Seeing it as an unavoidable circumstance he says, “The scenario has changed completely today. Earlier, the clash of two keenly awaited films would be considered unhealthy by a section of the trade, but in today’s times, especially now when we want the exhibition sector to revive and recover, the clash of two biggies at the boxoffice is inevitable.”

Taran  also points out the  difference in the content  of the two  purported blockbusters  of  August 19. “Bell Bottom and F9 belong to different genres. Bell Bottom will be the first Hindi biggie to release when cinemas reopen, while F9 is a much-loved and hugely successful brand. There’s no denying the fact that this clash is sure to result in a division of footfalls and revenue, but that can’t be helped. We need the audience to return to cinemas and only big movies can do the trick.”

Taran foresees  such  happy boxoffice  clashes as  inevitable.  “Mark my words, clashes of multiple films will be a norm in coming weeks due to the backlog of films that are awaiting a theatrical release.”