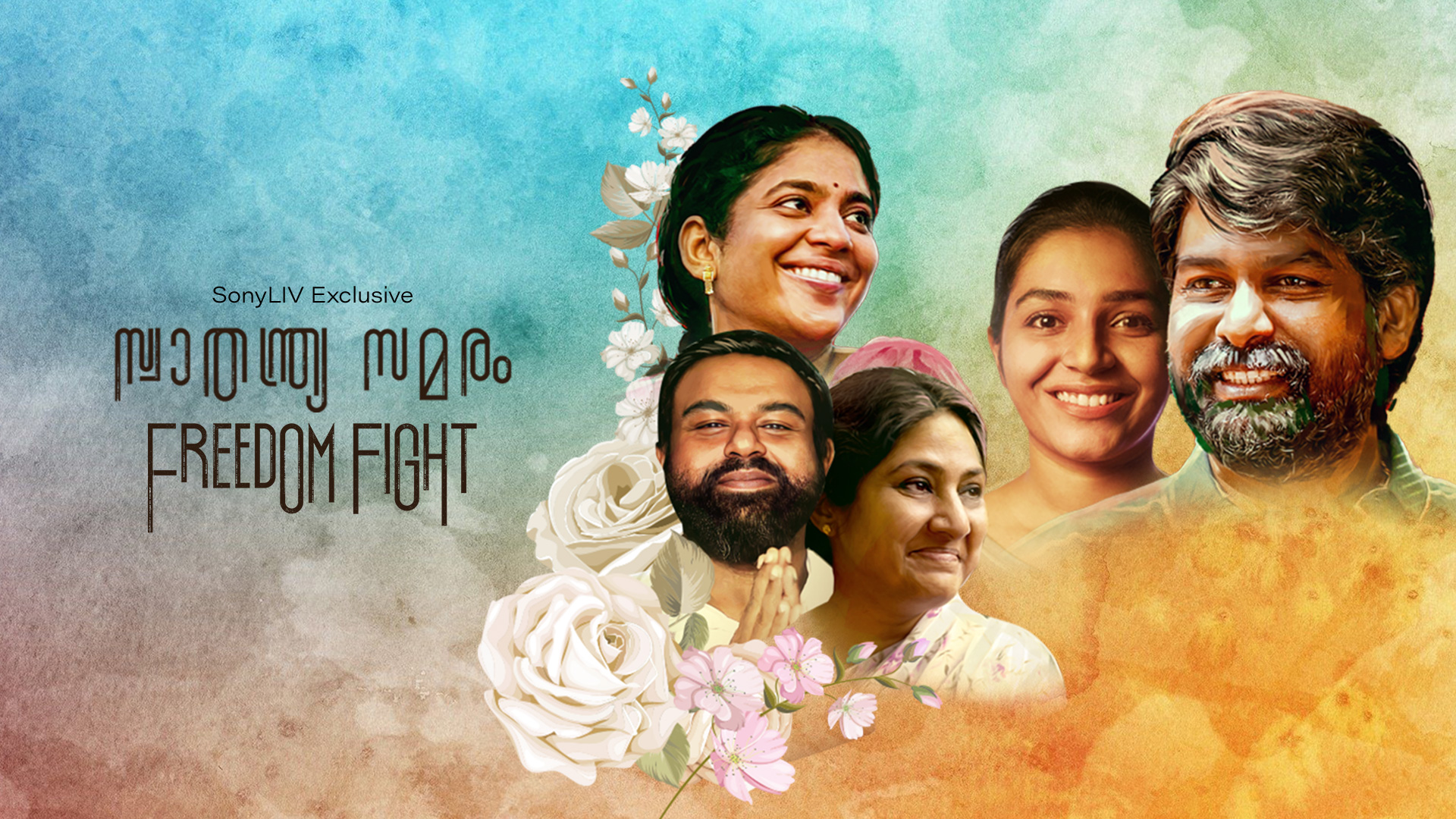 The  masterly  Jeo Baby who  gave us   the great   The Great  Indian Kitchen last year is billed as  the  “presenter” of this  5-storeyed  anthology. Baby even  directs  one  of the stories  , and that  without doubt, is the central attraction  of  this  enormously  craggy though nonetheless remarkable omnibus  with stories  about an individual’s personal  space  and   the freedom that the  space strives desperately to wangle in the midst of insurmountable  societal pressures and  prejudices.

Jeo Baby’s  story  Old Age Home shines brightly. It’s  set in an idyllic verdancy  in a  luxurious  bungalow  where the patriarch(Jijo George) who  has  just retired  is  detected with the  beginnings of  dementia. A  househelp(Rohini), evicted  from her home  by her son,   is  brought in by the  sensible practical wife(Lali PM). The  dynamics  among the  three characters are encunciated with  a  clarity and complete lack  of guile.There are  no   evil characters in  Jeo Baby’s story. The conflict that arises within the domestic setting is  not about power  but powerlessness and how the best of intentions could be squandered in practical necessity.  The direction is here phantom-brilliant.  Jeo Baby  leaves the characters  to their own devices. The fact that the three actors, specially the  redoubtable Jijo George, know exactly what to do, makes it all look easy and graceful

The  quality of  grace is tragically missing  in the  other storie,  except perhaps   the story Ration directed  by Francies Louis where  class differences  bubble to the surface  in  a quaint coastal Kerala  town between two neighbouring  families.  Food plays  a pivotal part  in  the  equation between  the  two families  and  when the well-off blogger(Mini IG)’s  rare frozen fish disappears  from the  economically modest neighbour(Kabani)’s refrigerator  I was reminded of   Maupassant’s  shortstory The Necklace  where  the  non-affluent  woman looses her aristocratic friend’s necklace, goes from pillar to post to  replace it,  only to discover  it was fake. Some such  searching anxieties guide the  course of the story which features the  director Jeo Baby as  the  husband of the  non-affluent woman.

The gentle touch is  ripped out of  what could have been the  third illuminating story on the  dyanamics   of  personal freedom  Asanghadithar directed  by Kunjila Mascillamani where women working in  small dress stores in a huddle of airless  shops, decide to protest to get a toilet  built. The  lack of   private  space  to answer  the call of Nature is an acute problem for women who cannot just  go to a wall and relieve themselves. The story  is brave  enough to take on a taboo subject. But  the treatment is turgid and  humourless with the  women  discussing  bodily fluids over  cups of tea .After a while it not only gets tedious but also embarrassing when  the men are used as boorish props in a set-up that is blatantly  gender-biased.

Bodily functions  acquire  a new  level of  acceptance  in  Pra.Thoo.Mu. Directed  by Jithin Issac  Thomas this  story of a thrashed and  humiliated sewer cleaner is   filled with a  raging  indignation ;  the theme of tyrannical  injustice  gets drowned in a  flow of excreta. Shit happens, literally in this brutal  story which luckily for us, is in  black-and-white. Bodily wastes  in  colour may  have  been a bit too much  of realism to take.The  volume of  physical abuse and  emotional  violence  in this story are  irrationally exacerbated. Director Isaac may argue that there is no room for squeamishness in a society constructed on laws  of inequality.  Fair enough.  But I still don’t want to watch the  privileged  bully politician (Siddharth Siva) literally defecating into the sewer clear(Unni Lalu)’s face.  Hats  off though , to the actors for being  part of one of  the nastiest  depictions of social injustice  ever put on screen.

While each of the four above stories  possess redemptive  curves Geethu Unchained directed by Akhil Anilkumar is an outright  failure. Neither fish nor fowl, neither funny not tragic, just exasperating,  this is the story of  an office-going middleclass girl(Rajisha  Vijayan) who  must make up her mind about marrying a  man who proposes to her. This one  is  so  low in quality I wonder how it got here in this anthology!

Or maybe the overweening mediocrity  of Geethu Unchained is  supposed to remind us that even stories of shit cleaners can be more  estimable than stories that are plainly shitty.