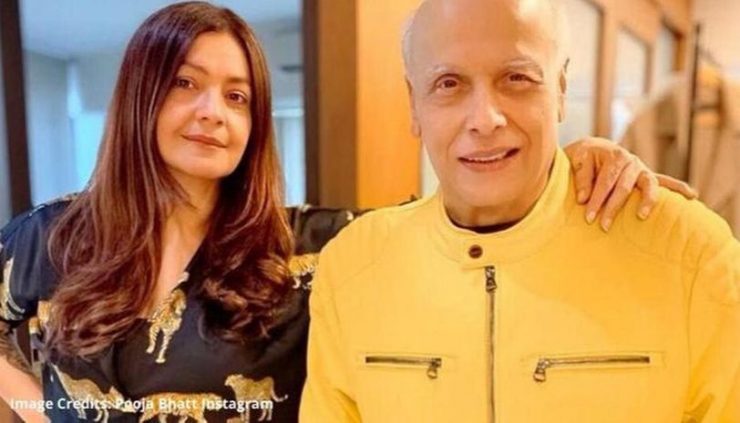 While  Mahesh Bhatt has  for once  been  gagged  by his daughters, the elder daughter  Pooja Bhatt isn’t  letting  go  of  any  opportunity to  make her  point  about the  debate  on  nepotism raging across  the  film industry.

While  the  back-and-forth  between the Bhatts and Kangana Ranaut has just started  sources close to the Bhatts say  Mahesh Bhatt will speak at the right time.

“Bhatt Saab  isn’t speaking because  Pooja  and Alia have asked him to  remain absolutely silent. Anything he says will be held against  him . Bhatt Saab’s daughters feel there’s witch-hunt on  against their  father. Old  videos  testifying to Bhatt Saab’s  outspokenness  are being dug out to prove he is an anti-national and a traiter. When you Mahesh Bhatt  it  is easy to find  controversial material to  malign you with.”

The latest  attempt  to besmirch  Mahesh Bhatt is  a legal  allegation  that he  has disrespected  Hinduism  in  the posters  of Sadak 2.

“It  all  boils down to  trying to  sabotage  Sadak 2  , to convince  people that  Mahesh Bhatt‘s  film should be boycotted  because  he is  anti-national.Given the  volatile  situation, the voluble  Bhatt is better  off quiet. His daughters won’t let him speak.”