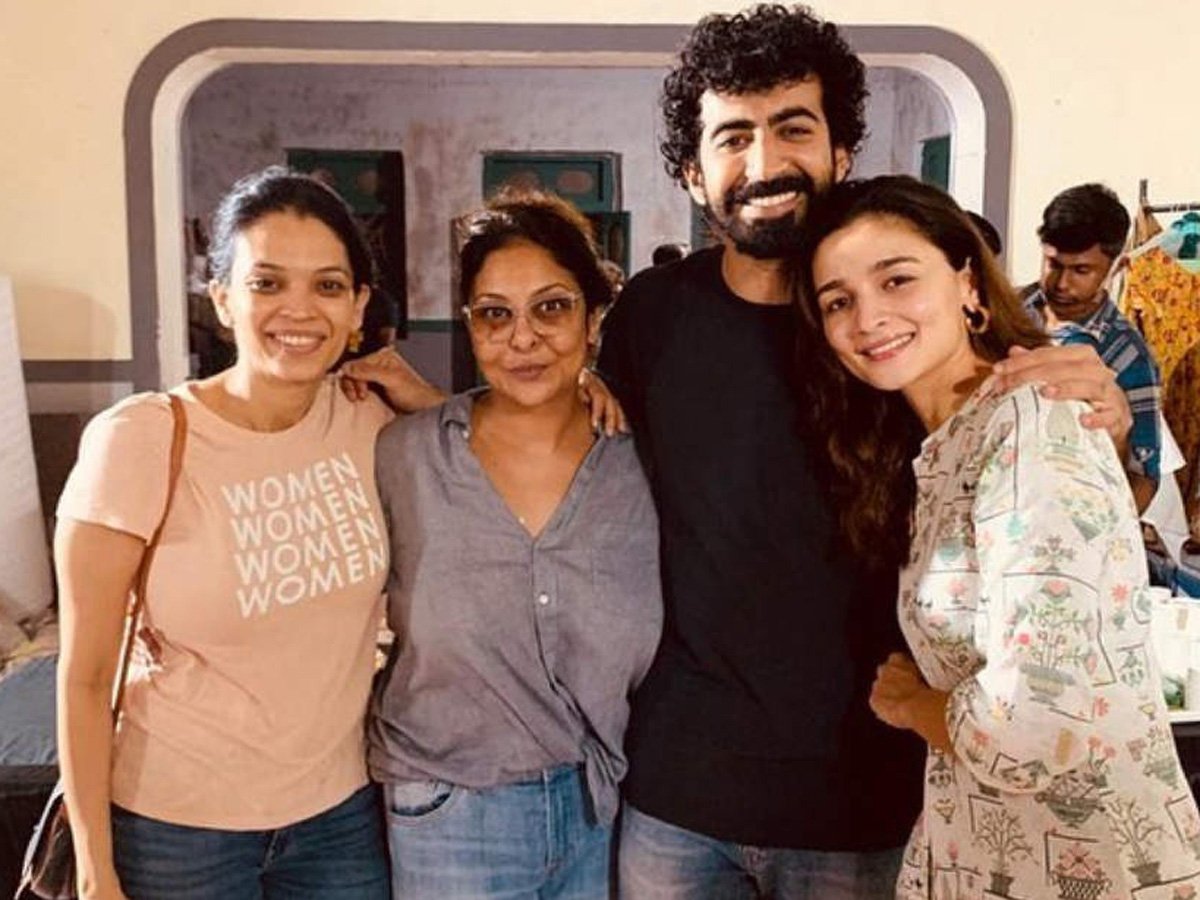 If looks  could  kill, the trailer of  debutante Jasmeet K. Reen’s Darlings  would be designated a homicidal  teaser. It features two of  the best female actors  of Mumbai  Shefali Shah and  Alia Bhatt as a conniving mother and  daughter  pair. That for  me is reason  enough to wade through reams  of  monsoonal  slush  to see what these two explosive actresses are  up to.

Fortunately  we don’t have to go anywhere . Netflix brings us Darlings on August 5 and  it’s  looking smashingly  wicked .

What’s it they call such killingly smiling  sagas  of conspiracy and deception? Ah, a black comedy!  That, sadly, is  a much-misused  genre in Indian  cinema. Darlings gets it right. It is  outrageously plotted  and sexy in a cheesy  kind of way.Shefali and Alia, looking thoroughly convincing as  Ammi and Beti in their cheap makeup and ornate  attire, saunter into  a police station where  they spin a fanciful  yarn  before  the   wonderful Vijay Maurya.

Maurya looks at  the pokerfaced mother and daughter and asks, ‘Mere maathe pe  kya likha  hua hai?’  which is  a rhetorical way of asking, ‘Do I look like  an idiot to you?’

Alia and Shefali peer at the man’s forehead hoping to  get an answer.

This is a dark comedy  bursting at the seams with saucy secrets. Besides Shefali  and Alia who are  very obviously wonderful to watch  (and this is just aftershock  Alia  needs after seismic  Gangubai Kathiawadi) there are two very talented male actors sportingly  playing men who get blissfully conned  by the mother-daughter  pair.

Rajesh Verma seems to  be besotted by Alia. He follows her around in the trailer with the expression that I last saw  on Cooper Raiff’s face  in Shithouse.  The  expression of goofy surrender  means, you are doomed  in love.The  very watchable Malayalam actor Roshan Mathew, Anurag Kashyap’s gift to Hindi cinema,has little to do in the trailer  of Darlings. Never mind that. I am sure  Roshan will  find his  métier by the  time the  film starts streaming.

The  one thing that can be safely said about Darlings  after watching the  first trailer is, it is  in safe  hands. I have known about Jasmeet Reen from the time she  was to direct the Sahir Ludhianvi biopic for Sanjay Leela Bhansali. Setting that project aside, Reen  seems to  have plunged head-first, into this solid women’s pictureshow  brimming over with mystery mischief and other possibilities.

After  the very disappointing Thar, Netflix finally seems to have  got  it right with Darlings.