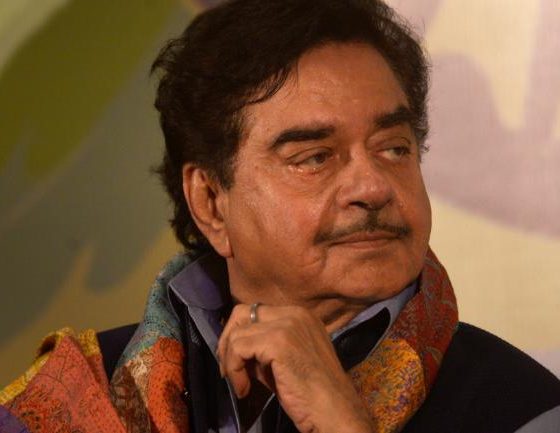 What did you think of  Kangana Ranaut’s  declaration that India  actually got its freedom in  2014 and not in 1947?

I hope  students of history did not take her words too seriously. Yeh thoda  zyada  ho gaya. This  is belittling all those great leaders , not politicians but  real leaders, like Mahatma Gandhi, Pandit Jawaharlal  Nehru, Subhas Chandra Bose, Sardar Patel, Bhagat Singh and so many others who got us our  hard-earned freedom. My own idol Bihar’s pride  the great Jayaprakash Narayan  fought all his life  to make Independent  India  a truly free land.

Why do you think she said what she did?

Shaayad josh mein aake hosh nahin raha. But seriously Kangana is such a  fine actress.She should stick to  giving her opinion  on cinema.  Even the Padma Shri was given to her for  her contribution to cinema, and not for  her political views.

Modiji  whom I call the great action hero of our times,because  he  believes in doing not  talking, doesn’t waste  time listening to flattery. He is truly dynamic. Though one can’t say  the same   about some people  around him.

Do you regret  quitting the BJP to join  the Congress?

You  know me better than that. I don’t regret anything in  life. I  do everything in my hosh and  nothing in  josh.  When I decided to  leave the  BJP I did so  after a great deal of thought. Once I quit there was  no turning  point. Looking  back I do not regret  the  time I  was part of  the BJP. It gave me the  opportunity to come into  contact with some great leaders  like  L K Advani,  Atal Bihari Vajpayee and of course Narendra Modi.

What  do you   feel about  the  star children  in the narcotics ring?

The  good  thing  about that whole experience is  that Shah  Rukh Khan’s son is home now. Yeh  sabse  aham baat  hai. I  can only imagine what Shah Rukh and his wife must have  gone through.As a parent I  get worried if one of my children  is  half an  hour late in returning home. That  boy spent a month in jail. It must have been traumatic. A  thorough inquiry must be made into why he was detained.

Why aren’t we seeing  you in   films these days?

Where are the  scripts for an actor my age? In the West Clint Eastwood is still making and  acting in films at 90-plus. Here  only my dear friend Amitabh Bachchan gets  strong roles at 70-plus.

Would you like to do  a sequel to Dostana  with  Mr Bachchan?

Yes  why not? It would be  great fun. When we  did that  film there  was a lot of tension. Now  we are older wiser  and hopefully less competitive.