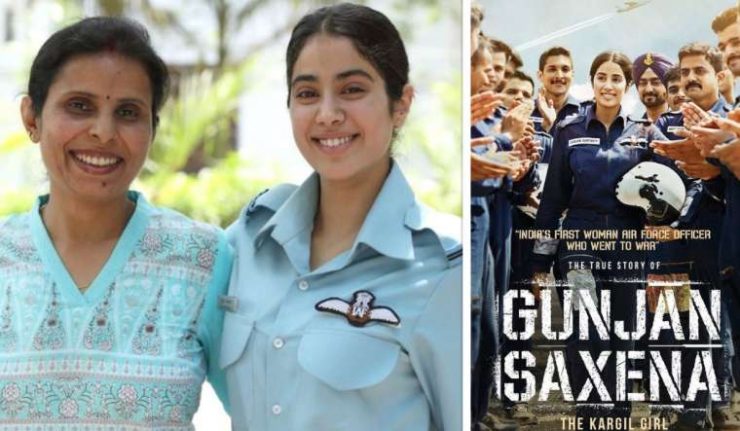 In what could  prove to be  a major embarrassment  for  the makers  of the  highly applauded  bio-pic Gunjan Saxena The  Kargil Girl  the  real-life Gunjan Saxena  has  subtly  denied being subjected to gender prejudice  by her  colleagues at  the Indian Air Force when she   joined as  India’s  first  woman airforce  pilot.

In  the  film the  celluloid  version of  Gunjan Saxena   played  by  Janhvi  Kapoor is shown to  be subjected to  some  harsh  ostracism and  belittling  smirks  by her  male colleagues when she  first  join.

On August 12,  the  day that  the film began streaming ,  the IAF  complained  to the Central Board  Of  Film Certification for what they claim  to be the  wrong depiction  of  the working  of  the  IAF.

Also Read:  Kangana Next Project Dhadak Is On, Confirms Producer

A  source  very close  to  the project  says, “She  was probably under  a lot of pressure  to  do some  amount  of damage  control, not that  they’ve done  any damage to her image.On the  contrary she couldn’t have  hoped  for  a  more glorious  screen  representation  of  her story.But  nowadays   there  is   an  excessive   amount of sensitivity  on every  issue.”