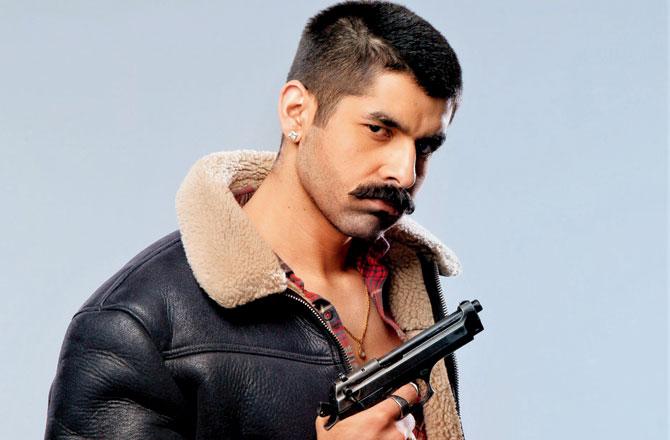 Surya Sharma’s  terrific  turn as  the  main villain in the new OTT hit Undekhi has opened new doors for this  young actor.He talks to Subhash K Jha  about the new opportunities.

How has the response so far been to your performance in Undekhi?

It’s like I’m living my dream. Response is very overwhelming. People are messaging me on WhatsApp, social media and praising my hard work which I have put in my character. They feel connected to my character and I’m happy to know that.

Applause Entertainment had placed a lot of faith in you They saw potential in you and tapped it?

I’m grateful to have them. Sameer Nair  sir and Deepak Sehgal sir of Applause Entertainment trusted me  by giving me such an  intense character like RINKU and I will be thankful to them throughout my life. This is a turning point in my life .My journey as an actor started with Applause Entertainment started and their webseries  Hostages. Sameer Sir motivates me a lot to work harder towards my goals. They have trusted me and now it’s my turn to make them feel proud. Every single moment counts for me.

To play a character as vile as Rinku how far inside yourself did you have to explore?

It was a challenge to maintain that demeanour which Rinku carries all the time. After doing Hostages I thought it will be easy to crack the character. During the acting workshop I realised I still have few traits of my  Hostages  character  Prince in my body language. It was very difficult for me to  forget about Prince , but I had to do that because rinku was waiting for me. During the workshop Sidharth Sengupta helped me a lot. We did workshops for 3 months and everyday I use to invest 7-8 hour in Sidharth Sir’s office . I feel lucky sometimes to know people like Sameer sir and Sidharth sir – because they are so genuine and honest. They allow me to perform without any baggage. I like transparency and I make sure my character should look transparent, then only people will connect with you more. I have worked on every single detail so that RINKU shouldn’t look like some other baddie because he is Rinku. RINKU is pure gold . Best part of him is he is so transparent and he loves his papaji . Once if I crack my character, I go on automatic mode.

Do you believe that there is an evil side to all of us a side that we hide from the public eye?

Yes of course, Nobody is perfect. Perversion  sub me hoti hai. But our society doesn’t allow us  to behave that way , which is a good thing. I was doing a workshop with Manoj Bajpayee sir . One of the student asked him, ‘How did he manage to play the role of Bhiku Mhatre?’ . He politely answered, ‘Sab logon mai perversion  hoti hai, bus as an actor you have to be aware of the situation and act. During the shoot of Satya Maine perversion  ka volume increase kar diya tha.’ Yeh baat mere dil mai baith gai thi , kyuki baat sahi thi. Actor ka transparent hona bahaut zaruri hai. Learn the art of controlling your mind and you will be fine.

Also Read:  And It’s A Rap For Ajay Devgan

Since you are so brilliant playing evil are you not afraid you may be typecast in evil roles?

Thank you for the compliments. I belong to a small town and I have my dreams like anyone has. Right now it’s too early to say anything. I am an actor and if the director knows the art of moulding actor , they can achieve any goal in life.

Do you feel the OTT platform is a boon for actors like you who are from outside the film industry?

Yes absolutely right. OTT platform is a big advantage for everyone not only actors . It can be a good opportunity for directors, writers and even for technicians . OTT gives you a wider approach towards audience.

Has your struggle to get into Bollywood been severe ?

I am from Himachal Pradesh and struggle of being an actor for me is bit different. Though I respect everybody’s struggle and process. But in my case it was more of mental struggle then physical. One should be prepared for a roller coaster ride if they want to achieve heights in Bollywood  plus your hard work pays off well. I still have that dairy with me , where I used to write about auditions. After 900 auditions I got my first work that too was a 1 minute presence on screen at Rs 1500 per day .  I was happy and I’m happy today also.

How far do you see Bollywood as being governed by nepotism?have big producers shut their door on you?

Nepotism is inevitable. Actually it’s in our culture. You talk about politics , it’s there . You talk about business hubs , it’s there. But one can kill nepotism with their hard work and consistency of being extraordinary.Yes there were days where I used to face rejection because I’m new , I’m an outsider . People will try to threaten you but don’t worry . They can only do this , if you’re super strong and know your values nothing will harm you- my father says . I’m just following what he says .

Tell us about yourself .Where are you from when did you get interested in acting? Are you single? Do you live alone in Mumbai?

I’m originally from Himachal Pradesh. I’m an avid traveller. I went to boarding school in Chandigarh. I did my graduation from DAV college Chandigarh. After completing my graduation I joined my father’s business and sath ke sath I was working on myself. Do saal baad mai mumbai shift ho gaya. Now it’s been 6 n half year I’m in mumbai and I’m loving it. I started acting when I was a kid. I was in 3rd standard when I performed for the first time. Later my father supported and encouraged me to explore new things in life. I knew I want to act . Before shifting to Mumbai I was waiting for the right time . And here we go today . I’m happy because my parents are super happy. Yes,  I’m very much single and I live with my Maa . Waise toh unhe mumbai ki aadat nahi hai par meri wajha se woh 3 months mumbai and 3 month Himachal up down karte rehte hai.

Tell me about  your forthcoming projects?

I have signed threee new project but unfortunately I will not be able to talk about them.