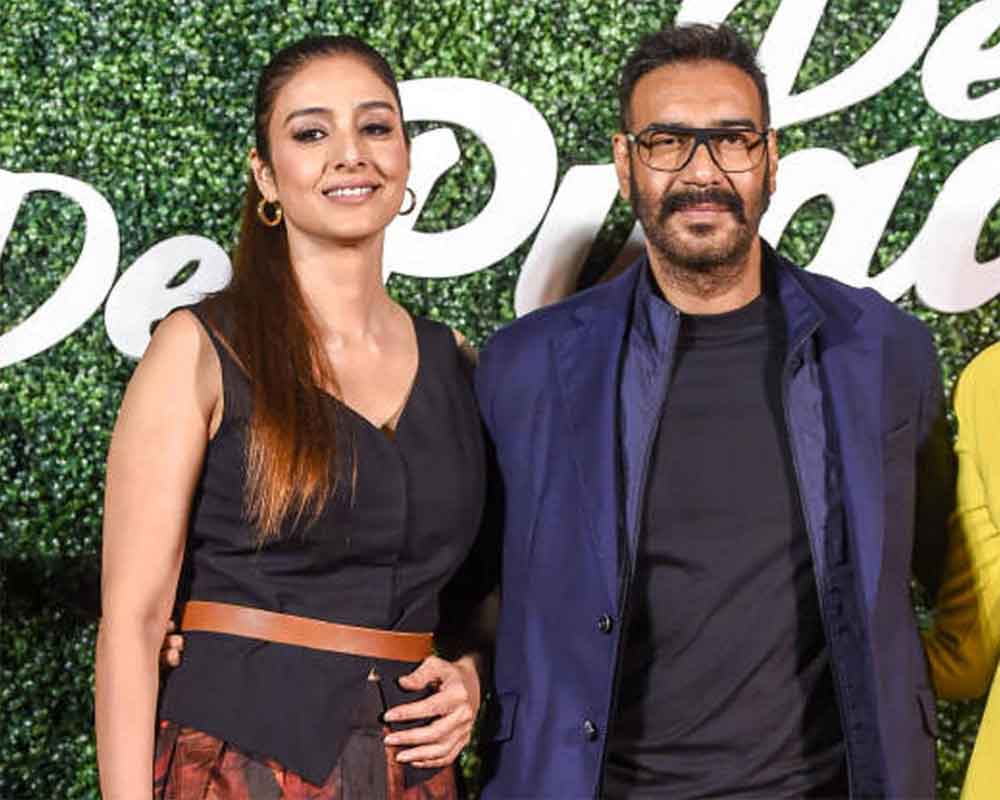 For  Bhola the Hindi  remake  of  the 2019 Tamil  hit Kaithi Ajay Devgan, who  takes over from  Karthi for the remake , has again roped in Tabu  to play a  relatively  minor role.

Tabu who started her career  with a hardcore commercial  film with Devgan  in Vijaypath  in 1994 , has since then remained  friends with Devgan. She  has admitted that she  blindly agrees to be part  of any  film  Devgan asks her to. That’s how she became  part of  Devgan starrers  like Golmaal Again, De  De Pyar De and Drishyam.

In none of the above was Tabu  cast as the leading lady. Now she’s part  of another Devgan-centric  film Bhola,a  remake of Kaithi, where she  plays an  indeterminate role. There are  no  major female characters  in the  original  except a 10-year old  girl who is  the hero’s daughter.

Interestingly Karthi , the  star from the  Tamil original  film, was keen to do the Hindi remake.Karthi,  the  younger  brother  of  Tamil  superstar  Suriya  , is  a  major star  in  Tamil cinema.  He has been looking  out for  a breakthrough  project in Hindi for a very long time. Karthi hoped that his  2019  Tamil hit Kaithi would be the  ideal project to introduce  him to  a Hindi audience.  But  the producers of rea

Reliance Entertainment  had  announced a  Hindi version  of   the Tamil  blockbuster Kaithi  in 2019.   The  story  of  a convict on the way to meet his daughter was  touted  as  a one-man show  for its hero Karthi.Sources say, Karthi who would be the best option for the remake ,was ruled  out.Karthi doesn’t have a market in the Hindi belt.Like it or not, South Indian  superstars are mostly restricted in their  viewership to their  home base. Karthi would be the natural choice in Hindi. But he wouldn’t  bring  in  the audience. His elder brother Suriya made an attempt to  get into Hindi cinema with Ram Gopal Varma’s Rakht Charitra.But  he failed.

Better the  king of  the  jungle than  a  fringe player  in  the derivative  domain.Director  Lokesh Kanagaraj who  directed the original has also been replaced in the Hindi remake , by Dharmendra Sharma  a film-editor closely  associated with Ajay Devgan .Sharma last edited Devgan’s 2020  hit Tanhaji.