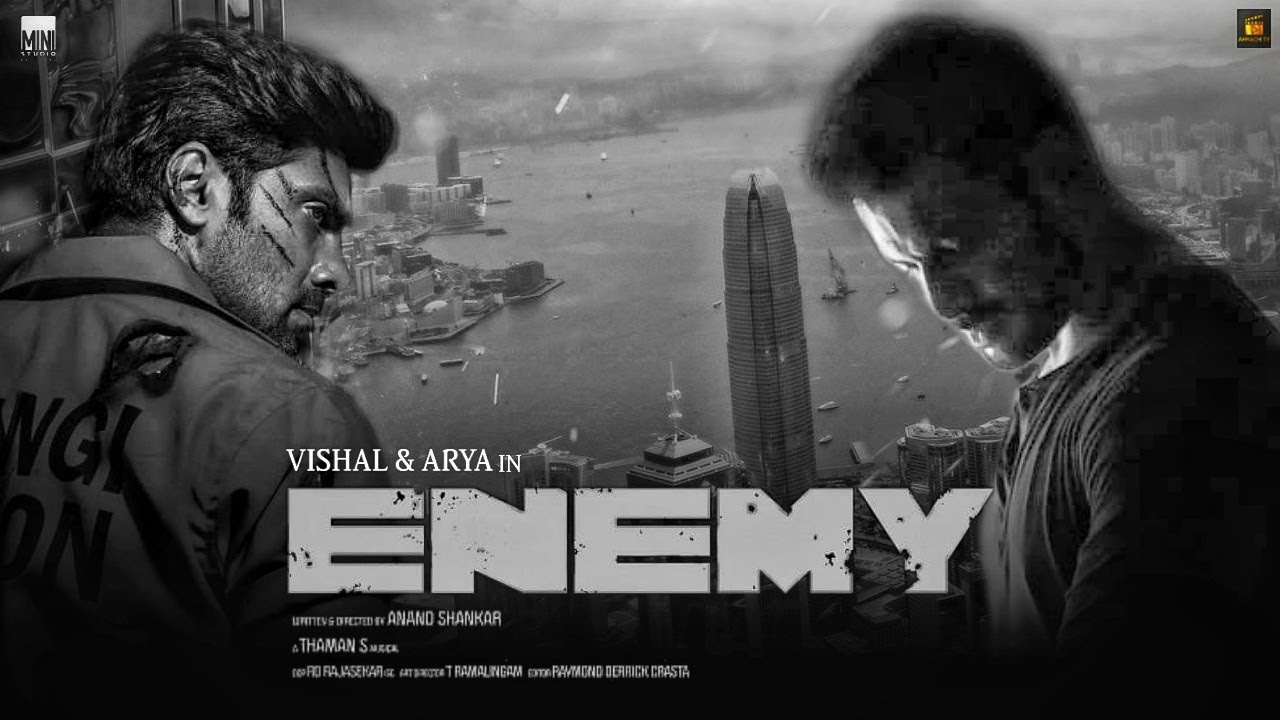 Enemy Movie Review: It seems  you  can’t step out on the streets of Singapore without  bumping into Tamilians. In Enemy  Vishal  Krishnan  forever in pursuit of new roles, looks after his father’s grocery  store during the day and moonlights as  a high-profile Robin Hood-Sonu Sood, rescuing wailing migrants(who  shriek for their passports  like  children denied their favourite cartoon show) from despotic  bosses, hacking the computer to get make examinations  easy for damsels in distress, sliding down skyscrapers and crashing through glass  walls, a la Dwayne Johnson in Skyscrapers  , to get even with odd adversaries.

Arya, that  super-player  in that super-boxing  film  Sarpatta Parambarai, is the odd adversary. You wish there was  more  face-offs between  the two actors.

You wish  there  wasn’t so much paraphernalia  in  the  plot. Some  of  the  fringe actors  are so  loud they seem to be shouting for attention in  a film that doesn’t need them. The  actor who plays Vishal’s  father(Thambi Ramaiah)  just goes on and on with his overacting. Even his death  sequence is  a preordained soap opera. He is exhausting.

When the film loses  its extra  baggage  , it is  truckload of fun. The childhood portion of the two  protagonists’ lives has  a  solid anchor in Prakash Raj who plays an  ex-cop training the teens to be khaki soldiers. Things don’t go as  per plan. When do they ever! There is a shocking   patricidal  twist in  the  plot which could have been examined  more sensitively.

Also Read:  Ranveer Singh Gets Little  Support From His Fraternity

How  does  it feel when another child from the outside is showered  with the attention that is rightfully yours? No wonder Arya’s Rajeev grows up so messed up. Regrettably writer-director Anand Shankar doesn’t allow Rajeev’s character to grow  organically into vile villainy. As  with most  Hindi films  on anti-heroes, we are  given explanations for why  Rajeev has turned  out the way he  is.

Not  that we care about the convulsions  of  reasoning that the  plot  ties itself up into. Arya is  the  kind of  easygoing actor who looks convincing as  a  grey character even without the support of  the  script.  One has to wait  till the end  of this lengthy film for  the two heroes to come face-to-face. But when they  do  the  frames explode with ecstatic  energy.

A  lot of what has gone into  Enemy is  corny, even  outdated. But  the story  holds together  because  the two principal  actors are  in the mood to  swerve into  action regardless  of  the  room provided by  the narrative. The  supporting cast could have been  far less melodramatic. By the way, not  a cop to be seen  in  the  length and breadth  of  Singapore.

Yeh  sudhar gaye  ya  mahaul?Enemy has  long stretches of  striking action. Full marks  for  the  flair  displayed in the fireworks. If only  the drama worked as effectively as  the stunts.