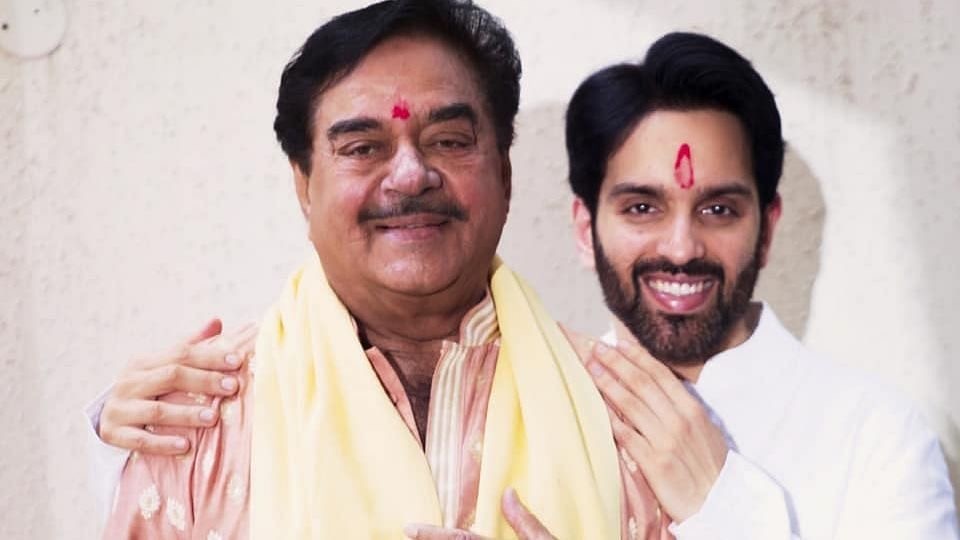 Shatrughan Sinha’s  son Luv Sinha’s decision to contest election on  a Congress ticket from  Bihar has taken many  political commentators  by surprise.  The star-kid  made a  couple of failed attempts  at stardom  including including Raj Kanwar’s  Saadiyan where  all of Shatrughan Sinha’s friends  including Rishi Kapoor, Hema  Malini  and Rekha pitched in as supporting actors. The  film flopped and  young Luv Sinha was left jobless.

Politics  could be seen as  Luv Sinha’s last resort. Just like Chirag Paswan, the  son  of  Shatrughan  Sinha’s close friend  Ram  Bilas Paswan, who made an  effort to  court stardom in  a lavish launch  film  Miley Na  Miley Tum in 2011 with Kangana Ranaut and two other heroines .The film bombed and  Chirag joined his  father’s vocation.  Today many regard him as  a bright young hope of Indian politics.

Will Luv Sinha encore Chirag’s  dynamic  progression  in  Bihar? Only time  will tell.But  Sinha   Junior  has  learnt the  ropes  of  politics from his  seasoned  articulate father. He can’t go wrong.