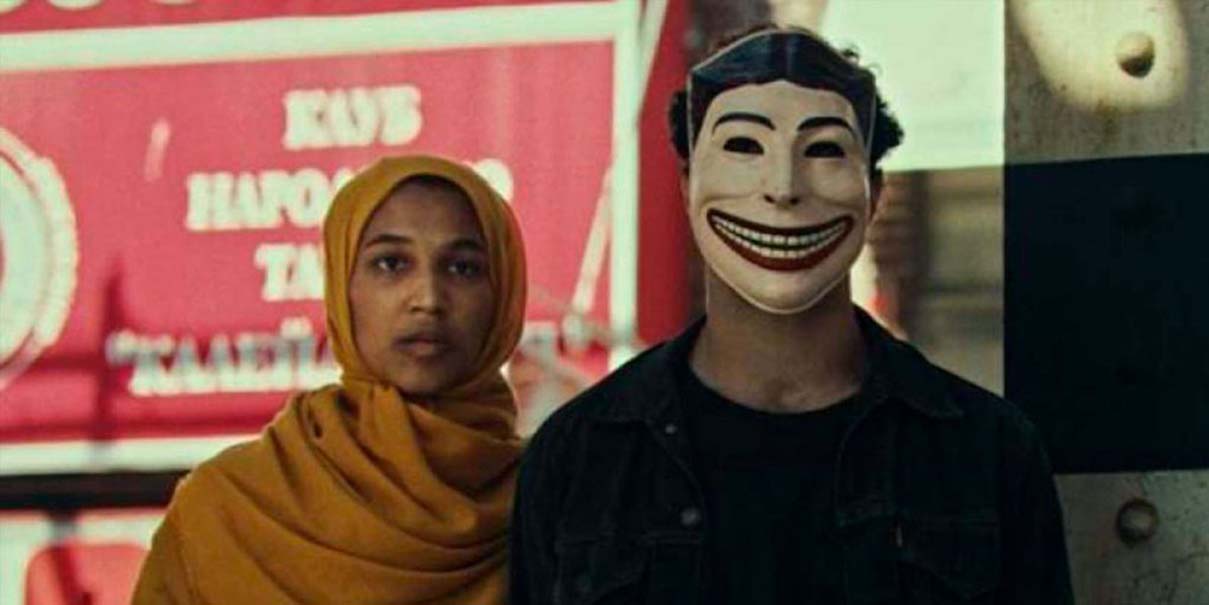 Funny Face is  not a funny film. Nor is  it a vigilante  film about  a masked marauder  like  Joker…though the  protagonist does behave as  though he has watched Joaquin Phoenix in Joker  in  a  loop. But Saul(Cosmo  Jarvis),hard as he  tries, is  no  Joker.He  is way too  ordinary to be extraordinarily  ordinary.

The Developer  is  imagined  as  a kind  of  uni-dimensional psycho rampaging  in the  concrete  jungle. There is the character  of his father  (Victor Garber).When the father and   son meet  their exchange sounds   like  a salespitch for  oldworld values  as opposed  to the ruthless plundering  of  the  current  generations.

I  don’t  know  if the tone is deliberately cartoonish.But  the whole film wears an  air of  a grim  cartoon-stripping. Nowhere is this  more evident than in  the central  relationship between  Saul and his unlikely companion,  a hijab-wearing  young woman named  Zama(Dela Meskienyar) who is  clearly  not  all there. We  are  given to understand  that  Zama has lost her parents  and her uncle  and  aunt are  up to their necks with her delinquency.She roams the streets  all night in her hijab and  torn  sneakers.

Then  while stealing at  convenience store,  she catches  Saul’s attention. They  form a team, he even buys her new sneakers with his salary ,  though what  exactly binds them together  besides  their status  as  social outcasts  is  not clear. There is  clearly no physical or emotional attraction between them.And  they don’t have  much to talk   about either.

Could a mutual boredom be  enough incentive  to bring two people  together? Looks  like it.   Though very honestly, the  collective  ennui  of two misfits  doesn’t add up to much excitement in this  fairly  blah  revenge drama where the enemy is  not just a dirty  gold digger  but also an entire system that fosters inequality.  Don’t look for too much  hidden  signs  in this  drama of  anarchic insubordination. What you see is all you will get.