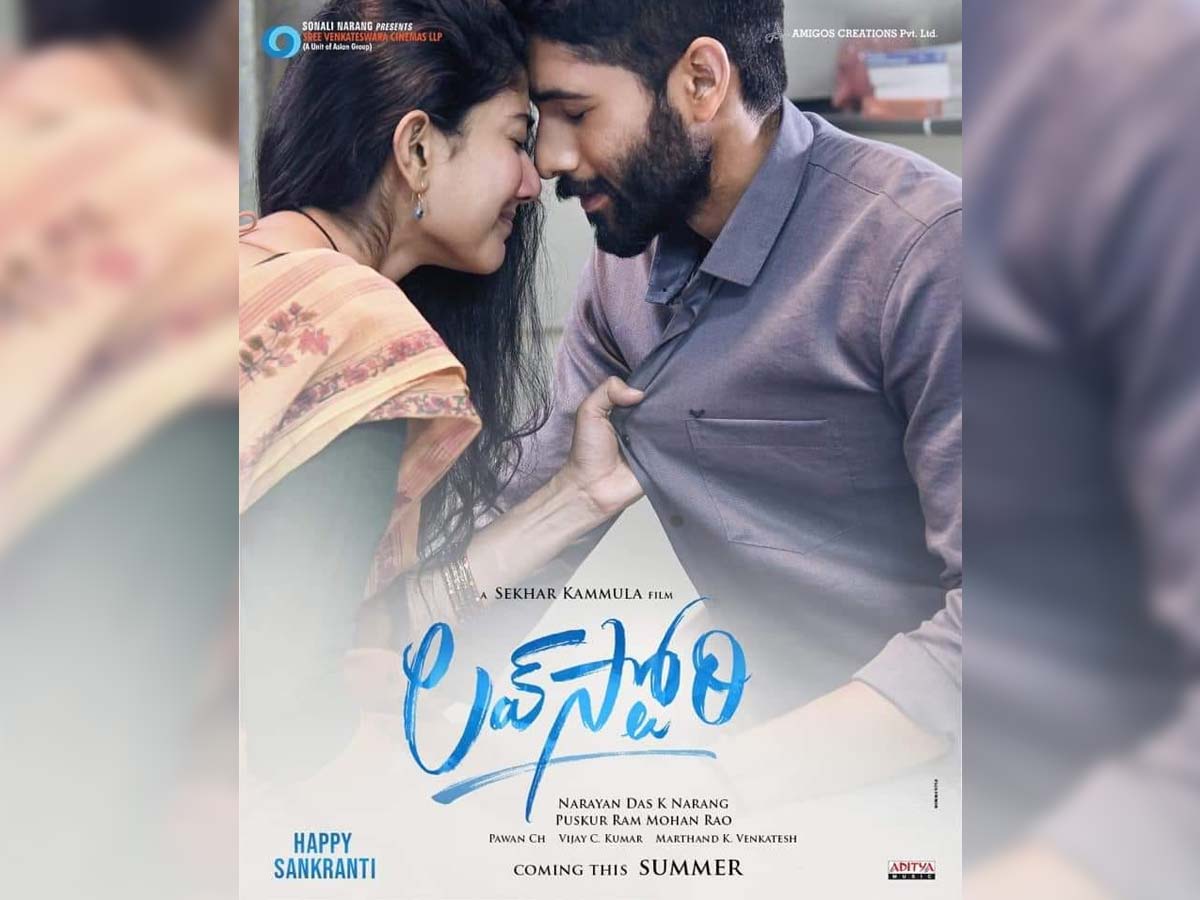 Okay,folks. Happy days  are back at the movies. It’s been  a while since I saw  a film as rabble rousing as  Love Story. True to its title  it remains a  well padded  voluptuous love  story till the violent somewhat abrupt end.Writer-director  Sekhar  Kamuula  doesn’t let the pace  slacken even when the  narrative  cheekily overruns  the  mandatory 2-hour  story.

But  damn,  there  is more story to be told  . And I was  more than happy to remain invested for  a  good 35 minutes extra. God knows, good oldfashioned love stories are  hard to come  by .When was the last  time you rooted for the love birds  and prayed  for them to not do  a Romeo and  Juliet on u? Please,  no tragic endings . Not in these dark times.

Love Story(why such a  pedestrian title?) is a spot of  sunshine, specially when  the alert and  flirtatious camera(Vijay C Kumar) trains  itself on  Sai Pallavi. This girl with not  a shred of artifice  in her personality plays Mouni, a  spirited  girl from the village  with a dark secret about a  slimy uncle, determined  to make  something of  her  life in the city.

The girl simply  merges into her Significant  Other’s  dreams. When she dances on the rooftop she  touches the  sky.When she  feels the pangs of  love, you want to  enter the  screen and pacify her.An absolute natural. That’s Sai Pallavi.

Her co-star  Naga Chatainya gives  a born-again performance as the shy dancer with a heart of gold.Chaitanya’s pain-lined eyes and  tentative body language   convey more than words  ever could. He has  done a   number of films  before this. They all pale  into insignificance. This  is Naga Chaitanya’s true beginning.As the socio-economic underdog Chaitanya is amply attuned to his character’s  unspeakable  baggage  of  oppression. Giving a minimalist  performance  he plays  Ravanth as a quiet rebel.Clearly this young actor is most eloquent when he has the least to say.

Also Read:  Samantha Gets Herself A Hindi Coach

The film itself, a  big  bulky  exposition of  exploitation , has a lot to say.It doesn’t hold back. Strangely  the  background score serves  as a cautionary  sedate  antidote to the melodrama. Writer-director Sekhar Kammula doesn’t go  deep into the caste system. This is  not a  film that  explores the dynamics  of socio-economic  discrimination with the  scrutinizing gaze  of Anubhav Sinha’s Article  15.

First and foremost Sekhar Kammula wants to tell  an interesting story, and what’s wrong with that?Specially when  not a moment is wasted in humbug.However all is not gung-ho in  the  clever  but  fidgety  screenplay.The  subplot about child abuse is brushed   under the carpet for  too long , only to be  brought it finally  to  induce an  additional rage  in the climax.

The  beautiful songs and the exquisite  dances  do not occupy  undue space.When they do occur they take our breath away. Sai Pallavi’s first dance act,  a fusion of  traditional Carnatic  and Western styles is  a choreographic  wonder. I’ve  not seen any actor male  or female  dance like that.

The  romantic  jugalbandi between Chaitanya and Pallavi  is lowkey,lyrical. “Who cries after a  kiss?”  Mouli asks Revanth as a tear trickles down the side of one  eye.

Who, indeed. Perhaps  one who knows love, no matter how intense, is a fugitive feeling?  How I  wish the writer-director had given us a better  closure  to the love story! It’s  as if  the narrative   is exhausted  and suddenly stops caring for its protagonists.Fortunately we remain invested  in the  love story  until the  very end.And after.