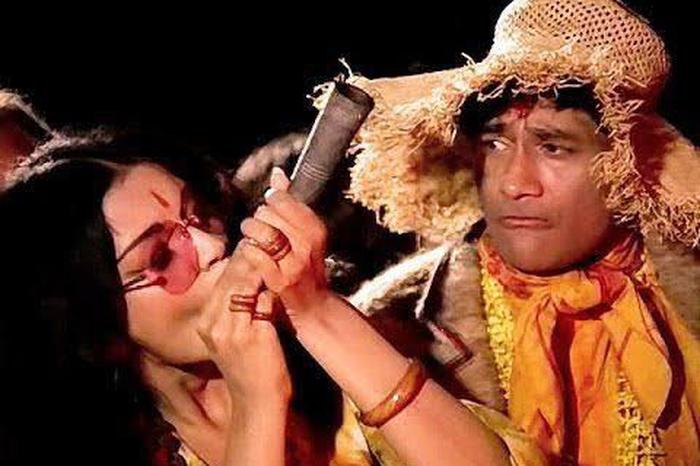 And no one has more reason to feel elated than the yesteryears’ queen Zeenat Aman whose screen presence went a long way in iconizing the Dum maro dum song.

“Who knew it would become anthemic!” laughs Zeenat throatily, recalling the song’s impact. “It was Dev Saab’s vision that gave shape to the song. He needed a song to show my character Jenny under the influence  of intoxicants. Dev Saab and Pancham (R D Burman) worked together for the first time in Hare Rama Hare Krishna. Earlier Dev Saab collaborated with Pancham’s father (Sachin Dev Burman). But after Hare Rama Hare Krishna it was Pancham all the way for some time at least.”

Praising the songs in Hare Rama Hare Krishna Zeenat says, “Every song was a hit: Lataji’s Phoolon ka taaron ka  and Kanchi re kanchi…But Dum maro dum exceeded all expectations. We never thought it would have such a  global impact. It was unlike anything composed for an Indian film. Full credit goes to Asha Bhosleji for giving voice to Pancham’s revolutionary composition. I think Ashaji did full justice to the song. She was incredible! I had nothing to do with its success. I just danced to its irresistible rhythm in movements that came spontaneously to me.”

Also Read:  Stories On The Next Page: What Is The Point?

About the composition finding its way into the Apple ad, Zeenat exclaims. “Look at the genius of R D Burman! What he did 40 years ago is relevant today. What a visionary!”